Why Go to College? Is it Worth the Trouble? 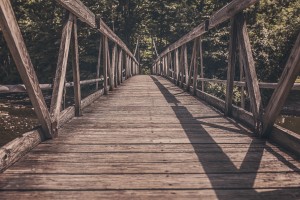 On the hike, she asked, “Why go to college?” She was a prime suspect for dropping out.

“I don’t see why I really need to be going to college,” she complained.

On a hike with a few fellow church members, this young lady, a child of missionaries who were perhaps too far away to see their daughter’s struggles, expressed all the motivation of a soon-to-be drop out.

What should I say? Why should a young adult go to college?

Normally, this column is about why one would want to go to or support a Christian college. We encourage colleges to forward these article to potential students who would benefit from that kind of information. This article is a little different.

For some young adults, the more important question is: “Why should I bother to go to any college at all?”

On our trail to a waterfall, flanked by the young lady who wanted to quit and a high school senior who was looking to choose a college, I told them a true story about why it is important to go to college:

Doug (not his real name) had “good reasons” not to go college. Like his father, he was a talented baseball player. His father, who had played professional ball in the California League, ran a semi pro team.

Doug had been well-coached from his youth—and he was a FAST short stop. The San Francisco Giants offered him a contract. So, he decided to skip college to get a head start on his baseball career.

What he had not realized was that the scouts choose players by watching the college teams. Although the team had given Doug a contract, they had paid a great deal more for a short-stop they had watched play college ball.

Did this story impact the young lady?

At the time, I didn’t know. I was encouraged, however, to hear the father of the senior behind me ask his son whether he was listening.

It was even more encouraging to later hear from the missionary that his daughter had Skyped him about that conversation. She was no longer complaining about having to go to college.

Why go to college?

Now she understood. One does not know what he or she will need in the future. It is wise to multiply options when the opportunity is easy. She graduated in 2015.

Dr. Agron is the managing editor of Christian Academia Magazine. His claim to fame is that he is the only Cambodian-speaking, Jewish, former academic dean of a Korean Bible college in his neighborhood. He also helps colleges achieve their initial accreditation.

3 Action Steps to Equip College Millennials with a Biblical Worldview, Since 98% Don’t Have One
Facing the Future of Theological Education