What to Do About “Bundling”

Many donors have responded to recent changes in federal tax policy by “bundling” their charitable giving.

As former Apple CEO John Sculley reminded us, the future belongs to those who are first to see possibilities. The latest possibility for fundraisers, including at Christian colleges and universities, involves how best to respond to the latest trend in donor behavior, bundling.

Many donors have responded to recent changes in federal tax policy by “bundling” their charitable giving. Even donors whose philanthropy is informed by their Christian faith can employ this tactic for maximizing the tax benefits of charitable giving. However, it could negatively impact expected annual giving to institutions if not effectively managed by fundraisers.

In effect, many annual donors are now replicating Joseph’s multi-year, famine-readiness approach to resource allocation. While the timeframe for these donors often is two or three years and not Joseph’s seven, fundraisers need to respond accordingly.

For example, colleges and universities can establish a two-to-three-year calendar for their annual fund (a term that is becoming less accurate in this new charitable giving environment!). Instead of measuring charitable gifts from one year to the next, a multi-year plan will account for the donor who contributes each year as well as the “bundling” donor who now is contributing every second or third year.

In addition, instead of using last year’s annual fund as a baseline for estimating next year’s fundraising goals, Christian higher education institutions—if they are not doing so already—can calculate a rolling average of the last two or three years. This average then can be used as the baseline for next year’s fundraising plan—or, if you have been persuaded by the previous point, for the next two-to-three-year fundraising plan.

Fundraisers also can combine best practices from annual fund and capital campaign fundraising to meet “bundling” donors at their new point of reality. This approach starts by identifying annual donors who have not contributed in the last two years. Then, develop a message—delivered in a tailored letter or in person—informing the donors that they are missed and politely asking why they have stopped donating.

Next, acknowledge that one reason could be “bundling.” Express understanding for this practice, and yet explain that the college or university still has annual financial needs. If a return to an annual gift is not possible, this is where a capital campaign technique comes in handy. Invite the recently-lapsed donor to make an annual fund pledge that could be paid sometime during the next two or three years.

This strategy is consistent with the effective fundraising practice of meeting donors where they are while honoring the many donor motivations that do not involve taxes—including the motivation of Christian faith. The pledges, meanwhile, will provide a truer picture of your annual fund results in this new charitable giving environment of “bundling.”

Just as nonprofits adapted in the last decade to social media charitable giving, fundraising professionals now need to adapt to the new reality of “bundling.” The increasing frequency and success of online giving campaigns demonstrates what can be achieved when fundraisers see their next possibilities.

Presidential Career Paths: Who Leads Christian Colleges?
Flipping the Classroom from “Sage on the Stage” to “Guide on the Side”
Five Recommendations for Improving Online Learning
5 Engaging Methods to Market Your Faculty 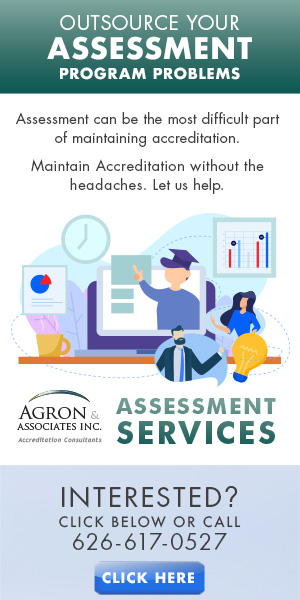