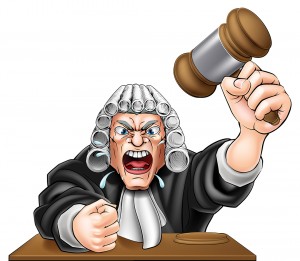 With a Canadian court marriage rulings, Christian higher education communities wonder whether this could foreshadow future difficulties for Christian colleges in Canada and the USA.

Since the June 2015 SCOTUS ruling to legalize same-sex marriage across the US, American Bible-believers have wondered what this means for their colleges, universities and seminaries. Has the Supreme Court determined that marriage morals held by Evangelical colleges, universities and seminaries are the unpardonable sin? Consider a Canadian court marriage ruling, Christian higher ed, and the implications.

The Liberal government’s Bill C-38 (The Civil Marriage Act) included certain protections for clergy and churches who held to a traditional view of marriage. The rhetoric reassured there would be no change for Canadians who held to traditional views of marriage. Bill C-38 merely extended marriage benefits to same-sex couples. That view is still believed by many Canadians, thanks largely to lack of media reporting of contrary cases.

One case that our mainstream media have selectively reported are the plans of Trinity Western University (TWU) in Langley, BC to open a law school in 2016. As an evangelical institution of some 4,000 undergraduate and graduate students, TWU has its faculty and staff sign their statement of faith annually. This is not required of students. However, both groups are required to sign the TWU Community Covenant which outlines their conduct expectations for all members of the TWU community. Such codes of ethics are common in Christian colleges and graduate schools.

In December 2013 the Federation of Law Societies of Canada approved TWU’s proposal to create a law school with its curriculum and faculty details. The British Columbia government next granted TWU permission to offer law degrees. Several provincial law societies defer to the Federation concerning the creation of a new law school, including the Law Society of British Columbia. Soon opposition arose in several provincial law societies to TWU’s planned law school. This focused on TWU’s Community Covenant which was claimed to discriminate against LGBTQ students that might wish to attend and practice their sex ethics.

Critics charged that such discrimination violates Canada’s Charter of Rights and Freedoms. Hence, any graduates of TWU’s planned law school should be prevented from sitting for provincial bar exams. After much debate, the Law Societies of Upper Canada (Ontario), Nova Scotia and British Columbia have so ruled.

Some argue that there is no place in Canada for a law school that holds traditional Christian beliefs. Would this not also be their opinion of any Christian college or university?

TWU’s Community Covenant nowhere mentions LGBTQ behaviours. However, it does commit signatories to abstain from certain activities and behaviours during their studies or service, including the viewing of pornography, the possession or use of alcohol on campus, and “sexual intimacy that violates the sacredness of marriage between a man and a woman.”

TWU and its supporters have argued that Canada is a proudly pluralist, multi-cultural society and that Canada’s Charter of Rights and Freedoms applies equally to all Canadian citizens and organizations. They note that TWU does not discriminate against anyone in admissions on non-academic grounds, that all who join the TWU community do so voluntarily, that TWU has never been shown to violate Canada’s Charter of Rights and Freedoms, that its graduates over the past half century have been exemplary citizens, that the law societies who wish to prevent its law school graduates from sitting for provincial bar exams are illegally practicing discrimination against an evangelical institution of higher education on the basis of their own prejudice, etc.

Canada’s Supreme Court has already ruled that its Community Covenant is in accord with Canada’s Charter of Rights and Freedoms when in 2001 British Columbia College of Teachers tried to prevent TWU from granting education degrees. Some critics reply that the 2001 ruling pre-dates the 2005 legalizing of same-sex marriage in Canada (Americans take note), and that the law discipline is more socially sensitive than education.

When TWU appealed the negative ruling of the Nova Scotia Barristers’ Society (NSBS), Justice Jamie Campbell of the Nova Scotia Superior Court ruled that NSBS was attempting to regulate TWU’s policies and practices when it had no authority to do so. In his 140-page decision Justice Campbell commented that while TWU’s Community Covenant may be offensive to some, that it is not unlawful and that TWU has never been found in violation of applicable human rights legislation. NSBS is currently appealing this ruling.

In June 2015 the Ontario Superior Court of Justice ruled that a refusal to accredit TWU’s proposed law school in Ontario was reasonable and should not be overturned — even though the court found the original refusal did interfere with TWU’s religious freedom. TWU plans to appeal this decision. The case against the Law Society of British Columbia is to be heard in late August.

Constitutional law specialist Albertos Polizogopoulos regularly appears before the Supreme Court of Canada to advocate for his clients’ rights to freedom of religion, freedom of expression, and parental authority. He has written:

TWU’s application to create a law school has indeed fostered an environment of discrimination and intolerance, but it is TWU that is the victim.

TWU’s position on sexual relationships is grounded in the Bible and is part of the institution’s, and its members’ sincerely held religious beliefs. As such, those who oppose the admission of TWU graduates to the practice of law are apparently actively advocating for religious discrimination in Canada.

TWU has made clear that it welcomes all students and its history and admittance practices to  support that position. The Community Covenant is with regard to behaviour and activity, not being or identity. This same Covenant requires its students and faculty to “treat all persons with respect and dignity and uphold their God-given worth.”

If the Law Society of British Columbia or other law societies decide that they will not recognize the law degrees of TWU students because of the institution’s and the students’ religious beliefs, will those societies then also refuse admission to the bar to everyone who holds a traditional view of marriage and sexuality? Will they prevent their citizens from traditional Christian, Judaic, Islamic, Bahá’í, Mormon, Sikh, Zoroastrian, and Jain backgrounds from practicing law?

In June 2015 the Supreme Court of Canada heard four days of arguments for and against the current postures of the law societies of BC and Upper Canada (Ontario) concerning TWU. We await our Supreme Court’s ruling on this historic case. No doubt the legal costs are substantial on all sides.

Since the June 2015 SCOTUS ruling to legalize same-sex marriage across the US, American Bible-believing leaders of evangelical colleges, universities, and seminaries have cause to wonder what this means for their ministries. The US has now entered a more intense environment of discrimination and intolerance, where conservative believers of all faiths are likely to be the victims. Religious freedom in some legal circles means nothing beyond freedom to worship. Such religious freedom applies only to churches, not colleges.

Will the faithful church stand for truth as did Daniel and his friends in Babylon? Even though the US is still much more Christian than the world was in the days of Jesus and the early church, our culture is drifting ever more in the direction of Babylon, Egypt, and Canaan.

The early Christians turned the world upside down for Jesus in their day and as His disciples, so can we.

We can start by reconfirming our commitment as Joshua did that “as for me and my household, we will serve the Lord” (Joshua 24:15). In serving Him, Daniel’s friends assured the king of Babylon, “The God we serve is able to deliver us” (Daniel 3:17).

Are we up to trusting Jesus to lead us and deliver us as we serve Him in our Babylon of today?

How Federal Regulations Could Reduce Faith-Based Worker Supply as It Has Already Done to Health Care...
A Modern Disputation: Gender Identity & Personal Freedom
Why Did Baylor University Charter Its First LGBTQ+ Group?
Facing the Future of Theological Education