The Left at Christian Universities: The intolerant lovers of “tolerance”

“Academic freedom is violated at universities in Canada that seek 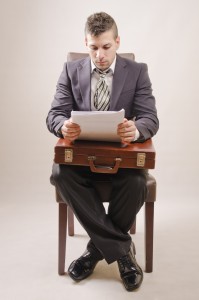 Beware of tolerance police in universities!

to ensure an ideologically or religiously homogeneous academic staff,” says the CAUT website before listing five faith-based universities, including Trinity Western University in British Columbia that have a faith or ideological test as a condition of employment and as such, violate academic freedom.

In a similar move, professional academic organizations in the USA are considering taking the position that universities may not require any particular beliefs or lifestyle commitments on the part of employees or job applicants.

This is especially humorous since there are all kinds of “unofficial litmus tests” that virtually any faculty member must accept in order to be hired in the modern university in Canada and the US.

Those tests are defended with positively religious fervor, though they are not religious in nature. Far from it.

Try to get in a job in a university these days if you say in the job interview that you don’t think “diversity” should be a higher value for the university than simply getting the most competent faculty and best prepared students it can get. You will never get that view past the tolerance police.

It would be wise not to volunteer in the job interview that you think anthropogenic global warming is an enormous scam.

If you happen to think that the Iraq war was a proper use of American military power, it would be best for your career prospects not to say so until you have tenure.

Do you think Sarah Palin would have been better for the USA than Barrack Obama? Unless you desire to be laughed at as you exit your unsuccessful job interview, don’t let on.

Do you think economic growth and the spread of capitalism is a better foreign aid program for the third world than permanent entitlements? Better not say this to the tolerance police.

Do you think that God’s Word in Scripture means pretty much what it says, and that historical understandings of its theological and moral content are correct? Learn to beat the quasi-polygraph on this one, since, obviously, only bigots and haters believe this.

There are pieties to which all must make obeisance in the world of academia, and they are pretty much the exact reverse of the positions just stated. Sadly, these same pieties may be defended by too many in Christian universities as well, and defended more vigorously, at times, than the bedrock commitments one would have thought more central to their mission.

The scary thing is that those applying that pressure will be quoting Scripture as they do it.

Dr. Phil Shackleton is the chair of the Musical Studies at Azusa Pacific University. The above article has been updated from its first publication on his blog.

The Left at Christian Universities: Revisiting the Evangelical Mind
How to Cheat an Accrediting Agency…
Facing the Future of Theological Education
How Can a University Overcome Wokeness?