Test-Optional Movement: Should We Require SAT or ACT or Neither 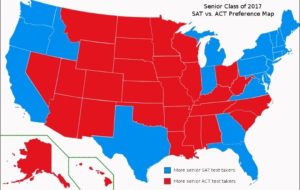 The number of higher education institutions rethinking how they screen and accept new students continues to grow (Goral, 2018).

Many higher education institutions no longer require ACT or SAT scores for prospective undergraduates.  These test-optional schools say the tests place an unfair cost and burden on low-income and minority students and ultimately hinder efforts to broaden diversity on campus.

Furthermore, admissions directors continue to debate just how useful the tests are at predicting student success and whether that predictive ability is worth compromising access, given the noted cultural biases in these and other standardized tests.  But, as the current Harvard verses Asian-American lawsuit illustrates, using diversity to give preferences over test scores is certainly controversial.

Proponents say the tests provide consistent metrics that help control for variances among states, schools, and curricula.  Even as many colleges jump on the bandwagon, one of their key arguments — that eliminating testing would improve student body diversity — has come under fire.

The College Board has insisted that evidence backs its view that the best way to predict college success is to review both grades and test scores. Three professors at the University of Georgia conducted a study entitled, “The Test-Optional Movement at America’s Selective Liberal Arts Colleges: A Boon for Equity, or Something Else?” They found that there were no changes in low-income and underrepresented student enrollment after the colleges went test-optional (Fouriezos, 2018).

Essays in the book Measuring Success: Testing, Grades and the Future of College Admissions described research that generally questioned test-optional policies. The policies, the book argues, have failed to add to diversity — or at a minimum, have not led to increases in diversity that outpace gains at institutions with testing requirements. Further, the book highlighted research on high school grade inflation, which some see as an argument for standardized testing (Jaschik, 2018).

Other report findings show that standardized tests fail to identify talented applicants who can succeed in higher education — and that applicants who opt not to submit scores are in many cases making wise decisions. The test-optional movement reflects a broader shift in society away from “a narrow assessment” of potential.

Some of the findings from the sample studied are as follows:

In summary, for MANY, if not most, institutions across the country, GPA is a much better predictor of student success in college than standardized test scores.  And, high-achieving non-submitters performed as well in the classroom as the control group of regular admits, while increasing diversity, and first-generation college student representation in the incoming class.

We do caution institutions to perform thorough research of their historical enrollment in order to guide potential policy changes regarding test score requirements.  Overall, initial results support strong consideration of a comprehensive Test Optional policy (with consideration of minimum GPA standards). And we believe that the majority of independent colleges and universities could go a long way toward meeting enrollment, diversity, and access goals in part through the adoption of a Test Optional admissions policy.

We wish to acknowledge and thank Dave Burke, Associate Vice President, Enrollment Solution, with Credo Higher Education for his contribution to this article.

Fouriezos, N. (2018, August 31). College Admissions Minus The Tests Does Not Add Up To Diversity.

Why Add Bible Certificates to Accredited Degree Offerings
Reimagining Recruiting During COVID
Adapting to the Times: Suggestions for “Going Online”
Don’t Give Up When Enrollment Declines!