Solutions to Destructive Leadership Behavior on the Christian Campus (Part 1) 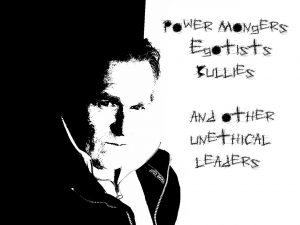 The destructive behavior of Christian leaders in the college world leaves a trail of damaged souls and damaged administration.

Multiple visits in the mid-1990s to once-beautiful Beirut, Lebanon revealed a war-torn city known as the Paris of the Middle East. Eight Lebanese factions at war with each other transformed the country, and Beirut in particular, into a scar-ridden nation. Led by the United States, peace-keeping nations intervened in hopes of stopping the bloodshed. The decision culminated in tragedy when 241 US Marines died as a water truck full of explosives detonated next to their barracks. Less than four months later, the mission ended as President Reagan gave the order to withdraw from Lebanon. Though the blast was more than a decade before my own visits, sorrow welled up in dramatic fashion each time I drove by the site.

Too many Christian colleges look like Beirut when the curtain is pulled back from the spiritual façade to reveal destructive leadership and resulting warfare. Too many believers caught up in the conflict. Too many stakeholders affected by the nonspiritual union between leadership and leadership’s out-of-balance personal needs. Too much spiritual carnage left in the wake of the not-so-holy holy war.

It is this destructive behavior from Christian leaders that is partially responsible for a growing group of church deserters. In Joshua Packard’s 2015 groundbreaking book, Church Refugees: Sociologists reveal why people are DONE with church but not their faith, he noted many active church members dropped out because they were finished not with God, but with frustrating church structure. Packard labeled them dones.

I find Packard’s work of great foundational value to my charge of destructive behavior by local spiritual leaders on Christian college campuses. According to Packard, dones, once pillars and core personnel wanted community but received judgment, wanted meaningful activity but saw only bureaucracy, craved conversation but heard only doctrine, desired to engage in meaningful ministries yet heard only moral prescriptions. Sound similar to any college campus you know?

In his 2019 Facts & Trends article entitled “Ten Dangerous Habits of Church Leaders,” Joe McKeever lays out at least two related areas to Packard. The first area is a leader’s disregard for the constitution and bylaws (#5); the second is a leader’s view of people as means to an end (#10).

It is natural for a leader to believe his role is to complete the mission he sees as his God-given mandate. For most leaders, this is a healthy calling using godly wisdom, previous experience, wise counsel, and best practices. To destructive leaning leaders, the God-given mandate is completed come hell or high water. Usurping or snubbing the college’s operating documents, for example, seems a quick-fix solution when traditional methods of organizational mandates or best practices prove too slow or too costly.

In close kinship to leaders snubbing governing documents is the manipulation of those documents by maintaining the letter of the law, but not the intent. For example, a college may find too late that a destructive Christian leader stacked the elder board, using undue influence or manipulation, with a plurality of complicit elders of his choosing who are willing to move the college in a secretive predetermined direction. The pirating of the elder board may have taken place maintaining the letter of the bylaws yet missing the intent of spiritual leadership.

The board stacking concept can happen easily within small, struggling Christian colleges. This was the case when a denominational leader stacked a Christian college board with local pastors receiving financial benefits from the state convention. It was difficult for the pastors to believe a vote in opposition to the state convention leader who appointed them would not put their personal financial support in jeopardy at some point. This appears to be a classic use of undue influence and manipulation while the letter of the law was maintained.

Not only is this a great illustration of McKeever’s fifth point—disregard for governing documents—but the Christian college board situation also relates to McKeever’s last point—viewing people as means to an end. The state leaders did not appear to be interested in the wellbeing of students or faculty, only the establishment of his power and control using people as pawns. I fear he is not the only spiritual leader involved in destructive behavior on college campuses. It is quite likely administrators and board chairs, as well as denominational leaders, disregarding a college’s governing documents also find no hindrance to using others for nefarious goals.

The destructive behavior of Christian leaders in the college world is real. Bullies, egotists, power mongers, narcissists, and generally unethical leaders have damaged many colleges. If this statement is true, then what is the solution?

This five-part series examines the root cause of destructive Christian behavior by college leaders and proven strategies to neutralize such behavior. The conversation is dark, but the biblical solutions and best practices bring light to the darkness.

This article has been excerpted/adapted from
INCOMING! How to Survive Destructive Behavior of Your Local Christian Leaders
by Dr. Bruce Cannon
[email protected]