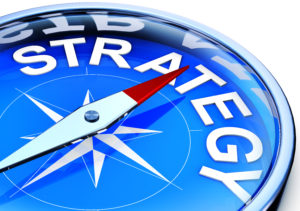 Awareness of opportunities and threats is foundational to strategic plans

What some have called a “perfect storm” of disruptive circumstances has impacted all of post-secondary education in both Canada and the United States for the last five years.

The result has been two interrelated trends that have especially shaped Christian colleges and universities: a more constrained enrollment on the one hand and a creative approach to the focus and content of programs on the other.

In God’s providence, these challenges are refining institutions by motivating them to find new ways to realize their missions.

Let’s look at the causes and the cures for the storm:

The principal driver of the storm has been demographic — a decrease in student numbers due to declining birthrates that first began affecting elementary schools.  Secondary graduates peaked in 2010 and thereafter began impacting the post-secondary level. The decline in secondary graduate numbers will continue until 2020.

However, this demographic trend was combined with economic, cultural and technological factors that put pressure on liberal-arts based programs in universities and particularly in Christian colleges and universities.

Following the post-2008 recession, an increasing student concern with employment along with the growing number of learning options in our internet-based society has resulted in fewer high school graduates entering university programs, especially in the arts, humanities and social sciences.

Colleges of applied arts and technology typically fared better, as have universities with strong professional and STEM-related programs — science, technology, engineering and mathematics.

This presented direct challenges to Christian universities, which typically do not offer as wide a range of professional programs as public universities and have fewer or less extensive programs in the STEM areas.

And the development of sophisticated new digital marketing techniques using social media to boost enrollment has made it more challenging for institutions with fewer resources to get the attention of prospective students.

Added to these trends is the ongoing reality of “hemorrhaging faith” – more Christian young people questioning their faith, participating less in church and related activities and even drifting away from Christ, thereby further reducing the number of students who might consider Christian post-secondary education.

And of those who are committed to further Christian education, some are opting for less expensive alternatives that may be closer to home, such as discipleship institutes, church-based Bible training or online study.

Considering that privately funded institutions have higher tuition rates, it is understandable that enrollments at most Bible colleges and Christian universities slowed, plateaued or declined for several years after 2012, a trend also seen at many Canadian universities, with decreases of eight percent or more not uncommon for Christian institutions.

The resulting budget pressures impacted virtually all institutions and led to the elimination of staff and faculty positions at some.

The Storm is Settling

This situation of declining enrollments is changing, as many Christian colleges and universities have stabilized and some have even returned to a pattern of enrollment growth, though more modest than previously, keeping budgets tight.

However, the humanities, fine arts and even some social sciences experienced greater decreases, both at public and Christian universities, making their stabilization more challenging.

And this, in turn, has given impetus to the related trend of creating new program options that build on the strengths of these challenged programs, while adding a practical dimension and experiential education.

A Warm Current Is on the Horizon:  New Interdisciplinary, Experiential Program Options

The emergence of what some are calling “applied liberal arts” is taking a number of forms. Many public universities are establishing more partnerships with community colleges to develop combined or dual degree programs to accomplish this end.

While some Christian universities have done this as well, another emerging trend is the creation of new programs that combine courses from two or more departments, including one with vocational or professional relevance, into an interdisciplinary major.

Think combining music, theatre or sports with management studies; art with computer based graphics and design; biology with information science (bioinformatics); natural sciences with a human health focus (health sciences); English with media and communications studies; and so on.

At one level, this approach can be seen as trying to preserve the existing programs of challenged departments while bringing new students to their courses via interdisciplinary programs.

But more than that, the incorporation of service and vocational relevance as a focus of such programs is for many Christian universities a dynamic expression of their mission of preparing graduates for kingdom service.

Students are prepared for such service through practical and experiential learning, combined with the richness of a liberal arts and science core program based on a Biblical worldview and undergirded by personal and spiritual formation.

Bible colleges have typically done this well in the range of ministry options that they offer. And some Christian universities have always had a “practicum” as a graduation requirement for all students regardless of major.

However, offices that assist with internships, placements, service learning and other experiential learning opportunities are growing on more Christian university campuses, as students see these opportunities as essential for their education.

Concerns have been raised, however, that this “applied” emphasis will detract from the mission and academic strengths of Christian universities. While a practical focus can be introduced in ways that detract from academic standards, if done well this emerging thrust has the potential to be more than just a tactic to attract more students. It can add a new dimension to a Christian university education that makes it more holistic and more effective in preparing students for a wider range of areas of service.

Imagine the impact of seeing “applied” areas through the lens of a multi-dimensional liberal arts and sciences perspective grounded in a Biblical worldview while also integrating experiential learning into traditional majors!

In this way, the “perfect storm” of the past five years has been less a process of retrenchment and more one of refinement and renewal for Christian colleges and universities, as they seek to be faithful to their missions in changing and challenging circumstances.

May the Lord continue to bless them in their service to the Christian community and wider society to the glory of Christ.

This article originally appeared in Christian Courier www.christiancourier.ca and has been edited for reprint here.