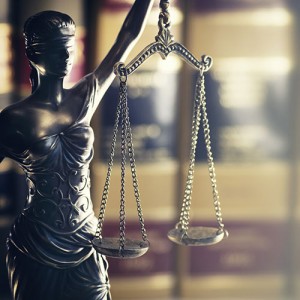 While two of the three cases decided in 2015 upheld TWU’s religious freedom, the Ontario judges chose to ignore the clear face of the law and moved to “update” it in the light of contemporary realities.

The ongoing debate about the legitimacy of Trinity Western University’s proposed law school (TWU, Langley, British Columbia) is a key fault line in a clash of worldviews playing out in our day.

On one side is the traditional Christian view, which believes in transcendent norms for life, created by God and revealed in the Scriptures, as the key to human flourishing. On the other is a secular, liberalizing worldview committed to individual choice, equality, and self-expression as the bedrock of a free society.

This clash is not new. We saw it in the movement for sexual freedom, and then the push for a woman’s right to abortion. We’ve seen it in increasingly permissive attitudes toward casual sex and cohabiting. And we see it now in the movement for legalizing marijuana and euthanasia.

There has also been a rapidly emerging trend in relation to sexual preference and orientation. In this area, proponents have worked to convince our society that sexual orientation is a human right which should be protected against discrimination in the same way that race is.

Moreover, in this view, sexual preference becomes the defining character of a person’s identity, now referred to by the sexual orientation of LGBTQ (lesbian, gay, bisexual, transsexual, queer) in addition to straight (heterosexual) men and women, for which state sanction is demanded.

As the social consensus increasingly shifts in favor of more choice, including a more open sexual ethic, a segment of the legal community in Canada is seeking to use this trend to force a reframing of individual human rights. Individual rights related to sexual orientation, they argue, override the freedom of institutions with a religious identity, particularly universities, to define standards of conduct consistent with their religious beliefs.

This issue was tested in 2001, when the British Columbia (BC) College of Teachers would not accredit Trinity Western’s teacher education program because of the school’s community standards, which state that sexual intimacy should be reserved for marriage (understood as traditional marriage, hence the opposition of the LGBTQ movement). TWU sued and this opposition was overturned by the B.C. Supreme Court, Federal Court of Appeals, and the Supreme Court of Canada, all of which upheld TWU’s religious freedom.

The College of Nursing in B.C. later accredited TWU’s nursing program, first at the bachelor’s and then at the Master’s level. And a variety of other programs at TWU are also recognized for professional accreditation. All this is consistent with the current legal landscape—the Charter of Rights and Freedoms, Sections 2 and 15, have been interpreted as upholding communal religious freedom in relation to this issue, and human rights legislation (which is provincial) in Nova Scotia, Ontario and B.C., also has similar provisions.

The approval of Trinity Western’s law school has now become a flashpoint in this debate, and some in the legal community are again pushing to change the legal landscape to align with their “progressive” worldview. Their argument that TWU’s code of conduct is discriminatory (because it doesn’t sanction gay lifestyle and marriage), and therefore its law school should not be accredited, is designed to elevate the protection of sexual preference as if it were an identity on the same level as race. As they expected, this has led to a struggle playing out in several cases now before the courts, which they are hoping will eventually overturn the precedent set in 2001.

As a result, TWU sued the Law Societies of Nova Scotia, Ontario and British Columbia in order to protect its religious freedom and ensure the accreditation of its law school and the professional recognition of its graduates. Through the course of 2015, TWU won two of the three cases. The Nova Scotia case was a resounding protection of religious freedom, and the B.C. case was decided in TWU’s favor, although more on procedural than substantive grounds. Only the Ontario judges chose to ignore the clear face of the law and moved to “update” the law in the light of contemporary realities.

These three cases have all been appealed to district Federal Courts of Appeal and will be heard this spring, in the sixty days between the first week of April and the first week of June, with decisions coming sometime in the fall. Regardless of the outcomes, it is expected that the cases will all be appealed to the Supreme Court of Canada and will be heard as a single case in the spring or fall of 2017—unless the outcomes are strongly for TWU at the appeals level and the Supreme Court chooses not to hear the case, citing its decision of 2001 on the same issue.

As TWU moves with determination to pursue this issue to protect the integrity of its religious identity and freedom, there are a number of other Christian organizations supporting the case as interveners. Among them is Christian Higher Education Canada (CHEC), a non-profit association of 34 Christ-centred post-secondary institutions, a co-intervener with the Evangelical Fellowship of Canada. Almost all of CHEC member institutions have Christian life-style standards similar to those of TWU, and many are accredited either by the ATS (Assoc. of Theological Schools) or ABHE (Assoc. for Bible Higher Education), based in the US.

Much is at stake. The view that TWU’s law school graduates ought not to be recognized and the law school itself not accredited goes to the heart of TWU’s religious freedom to hold and practice its beliefs as a community. Implied is the claim that, regardless of meeting all academic standards, a faith-based institution is not legitimate because it doesn’t subscribe to generally accepted sexual morality.

Such a claim is not limited to one professional degree but rather has implications for all professional qualifications and university degrees granted by Trinity Western and all other Christian institutions with similar standards. As such, if left to stand, it would put pressure on Christian universities and graduate schools to dumb down, in wording or in substance, moral standards that reserve sexual intimacy for traditional marriage, or else face exclusion from professional certification, possibly from institutional associations, and even from accreditation.

This would undoubtedly lead to more long and costly legal battles, which, regardless of the outcome could be damaging for the credibility of these institutions, at least for a time. Were the liberalizing view to prevail, it would force changes that have the potential to undermine the Christian ethos and academic integrity of these institutions, with possible implications for Christian schools, organizations and churches as well, not only in Canada but also the US.

Given these considerations, the Christian educational community and Christian community in general, as well as all those who value the freedoms associated with Canada’s pluralistic and democratic society, would do well to rally around TWU and the issue its law school represents. Those in the US will also recognize the parallels in their legal and political context.

This issue should also lead us to reflect on the ethos and practice on our campuses, in our churches, and in the wider Christian community, as we seek to embrace and enfold those who deal with sexual and other issues. Such reflection should continue to be pursued, regardless of legal challenges.

More importantly in this context, it is a strategic opportunity to make the case, not so much for Christian morality, but for freedom essential to a democratic society. May God grant us wisdom and courage to be faithful in these challenging times.