Privatizing the Funding of Christian Higher Education: A Response to the US Supreme Court on Gay Marriage 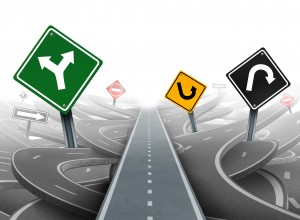 Until now these two federally sponsored incentives have been the life blood of most Christian schools, so understanding the current status of the law and possible solutions to mitigate losses is vital to your school’s financial stability.

A recent Inside Higher Education article suggests that revoking tax exempt status for Christian colleges faces an uphill battle, but the threat does exist. Roach writes:

Denny Burk, professor of biblical studies at Boyce College, responded in a Federalist article that “the real intent of removing tax-exempt status is to cripple the institutions that continue their dissent from the sexual revolution.”

Of course, churches in rural and low-income areas would be hardest hit. Steve Sanders, associate professor of law at Indiana University at Bloomington has worked on behalf of legal equity for gay people. He said he “did not expect that Christian colleges would lose tax-exempt status.”

If the IRS challenged tax exemptions, “litigation would likely result,” says Rod Smolla, who recently started as the dean of Widener University Delaware Law School and is the author of The Constitution Goes to College.

In that litigation, Christian colleges would likely cite the Religious Freedom Restoration Act, (RFRA) — a 1993 federal law that many states have versions of, designed to prevent government actions that would force religious people or organizations to violate their beliefs.

Prior to RFRA the only school that lost its tax exempt status was Bob Jones University in South Carolina because they prohibited interracial dating as a school policy. Sanders noted, however, that racial discrimination was federally protected for several years. Protections for gay people, on the other hand, even after the court’s ruling, are limited to states. “There is currently no federal law prohibiting discrimination on the basis of sexual orientation in employment, education or any other area,” Sanders says.

That may be so, but Roach reveals the massive movement underway to reverse that status quo:

Following the June 26 Supreme Court ruling, the advocacy group Freedom To Marry said it would shut down and redeploy many of its resources to a new group called Freedom For All Americans, NPR reported. The new group’s website says its goal is “to ensure that all LGBT Americans are afforded comprehensive protections from discrimination.” The group is representative of a larger shift among gay marriage advocates, according to NPR.

As it stands, Smolla notes that recent cases involving RFRA “have been extremely close.” It seems that courts still have a hard time shifting away from the precedent involving Bob Jones, which eliminated its interracial ban in 2000 but still operates today as a taxable entity,

As a result of all of these factors, he said, government is likely to “go slow” in questioning Christian colleges’ tax-exempt status.

Could Your Christian College Lose Title IV Revenue Because of Regulatory Noncompliance?

The immediate issue (and a likely leverage point for Christian college opponents) is the dependence of Christian Colleges on the Federal government — not only for tax exemption but for a student financial aid funding source known as Title IV.

To receive such funding, a school must comply with antidiscrimination regulations identified in Title IX as explained below. This potential instability in receiving federal funding represents the largest risk Christian college’s face because that funding stream would not easily be replaced in the short term with either an endowment income stream or direct fundraising. But our higher education services firm is in the process of developing such solutions, as noted below.

Title IV funding from the federal government is composed primarily of loans to students in two different loan programs: the Perkins Loan Program and the Direct Loan program. In a typical example, out of roughly $37 million of total net tuition available to a school, a large portion of that is paid for through student and family borrowing directly from the federal government, totaling (in this real-life case) approximately $15 million annually or about 40 percent of the total revenue inflow from tuition.

In addition to these loans, most schools also receive funding in the form of Pell, Federal Supplemental Education Opportunities Grant, and Federal Work Study programs. In our real-life example this group of funds totaled an additional $2 million (another 5 percent of the net tuition received).

Finally, some schools also receive special funding for research through their participation in Title IV, but those funds are usually very small.

Revenue stability is jeopardized by dependence upon those funds together with possible refusal to abide by federal antidiscrimination mandates defined in Title IX regulations. The Title IX regulations started as rules governing gender equity in athletics funding. The scope has recently expanded to include a wide variety of discrimination based on gender and sexual harassment.

While we are not aware that this has been proposed in any schools, the speed of change in societal attitudes about sexual orientation as an equal and special protected class is likely to create a clash of values in some schools.

One logical conclusion is that Christian colleges who discriminate based on sexual orientation in decisions about hiring, student acceptance, housing, and other issues will run afoul of these antidiscrimination regulations.

And as stated earlier, with the argument on marriage recently won, the next stop for LGBT advocacy organizations might be antidiscrimination.

One idea implemented to deal with the impact of federal regulations is to do what two colleges are currently doing — operate without federal funding.

Hillsdale raised a large endowment and eventually replaced the reliance on Federal funds with an internal loan fund capitalized by endowment gifts. They also annually garner a large flow of current donations to support their activities. Grove City on the other hand negotiated with a private banking institution to supply private loans to their students.

While both options tried at Hillsdale and Grove City might be available to other schools, another option would be to find existing capital ready for investment in student loans — the largest part of the potentially lost federal funds.

Additional sources of possible investment capital for loan fund investment could come from these sources:

As I talk with these foundations and other investment entities, I am encouraged that the money is indeed there to make independent funding a reality. At Katz, Sapper & Miller, a higher education services group, we are working hard to develop real life solutions that will be available to Christian colleges before any actual cases are brought on sex discrimination under Title IX. We welcome your inquiries and feedback.

The End Game for Some Christian Colleges

It is time for Christian colleges to be proactive about their current situation so that they avoid a scenario where they are faced with direct government pressure or even the threat of closure over noncompliance with Title IX antidiscrimination regulations.

LegalTitle IX prohibits recipients of federal financial assistance from discriminating on the basis of sex in education programs or activities. In the context of traditional educational institutions,26 it is well established that the covered education program or activity encompasses all of the educational institution’s operations including, but not limited to, “traditional educational operations, faculty and student housing, campus shuttle bus service, campus restaurants, the bookstore, and other commercial activities.” S. Rep. No. 64 at 17, reprinted in 1988 U.S.C.C.A.N. at 19.

Discriminatory conduct is described as follows:

Title IX was modeled after Title VI of the Civil Rights Act of 1964 and they both share a common purpose: to ensure that public funds derived from all the people are not utilized in ways that encourage, subsidize, permit, or result in prohibited discrimination against some of the people.29 Towards that end, both Title VI and Title IX broadly prohibit conduct by a recipient of federal financial assistance that results in a person being “excluded from participation in, . . . denied the benefits of, or . . . subjected to discrimination under” a federally-assisted program or activity.30

While it is clear that discrimination in violation of Title IX must be “on the basis of sex,” courts have held that subjecting an individual to sex stereotyping may constitute sex discrimination in appropriate circumstances. In Price Waterhouse v. Hopkins, 490 U.S. 228, 250 (1989), a Title VII case, the plaintiff was denied partnership in an accounting firm, due, in part, to the attitudes of the senior partners who described her as “macho” and advised her to wear makeup and jewelry and to dress in more feminine clothing. Id. at 235. The Supreme Court explained:

In the specific context of sex stereotyping, an employer who acts on the basis of a belief that a woman cannot be aggressive, or that she must not be, has acted on the basis of gender. … As for the legal relevance of sex stereotyping, we are beyond the day when an employer could evaluate employees by assuming or insisting that they match the stereotype associated with their group, for in forbidding employers to discriminate against individuals because of their sex, Congress intended to strike at the spectrum of disparate treatment of men and women result from sex stereotypes.

Methods to Enforce Compliance are discussed:

Accordingly, if an agency believes an applicant is violating Title IX, the agency has three potential remedies:

(1) resolution of the noncompliance (or potential noncompliance) “by voluntary means” by entering into an agreement with the applicant, which becomes a condition of the assistance agreement; or

(2) where voluntary compliance efforts are unsuccessful, a refusal to grant or continue the assistance; or

(3) where voluntary compliance efforts are unsuccessful, referral of the violation to the Department of Justice for judicial action. 42 U.S.C. § 2000d-1. In addition, agencies may defer the decision whether to grant the assistance pending completion of a Title IX investigation, negotiations, or other action to obtain remedial relief.114