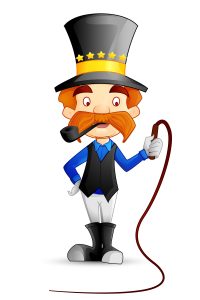 Fundamentalist: The pretentious circus’s favorite term to defame and demean someone instead of answering his or her argument

Too many faculty at Christian universities are more afraid of “fundamentalism” than they are of agnosticism or outright atheism and its secularist implications.

Most dangerous of all, they are even more afraid of Christian fundamentalism than Christian Leftism, which acts almost exactly like agnosticism or progressive secularism and supports approximately the same social and political policies, but simply quotes Scripture while doing it.

These faculty equate “fundamentalism” to willful ignorance, stubborn resistance to fact, anti-intellectualism, blind faith, and probably barely-suppressed violence in the defense of rigidly held values.  Most frightening of all, it seems to them that some “fundamentalists” appear to think that some things are actually true.

There is always a way to tease a new meaning out of something whose meaning has been understood for centuries, or even millennia.  Then, they simply replace the old meaning with the new, while claiming to be “faithful to the text.”

In their efforts to be right and true, Leftist Christian academics are busy finding support for diversity, multi-culturalism and affirmative action in the Old Testament; socialism and “anti-nationalism” in Luke; pacifism in the Sermon on the Mount; and abortion-on-demand and same-sex marriage in (apparently) “emanations of the penumbra” of the New Testament.

None of these things (with the possible exception of some strains of pacifism) were discovered in the Scripture by the previous 19 centuries of exegesis.

Why do these new meanings point in the direction favored by the secular-progressive left in terms of social and political implications?  I think a case can be made that outcomes were chosen and that interpretive methods were selected to support those outcomes.

So, to me, the real question is not—Why does the Christian Left tend to favor textual deconstruction and relativistic interpretations, thus aping the secular Left?

The real question is—Why is the Christian academic Left so enthusiastic about those outcomes listed above—so much so that it is willing to distort its traditional hermeneutics into intellectual pretzels in order to prefigure the desired outcomes?

There are many possible answers.  But for now, I simply observe that the word “fundamentalism” is sometimes hurled as an epithet on some Christian campuses whenever someone suggests that maybe the Bible simply means what it says (or at least that should be our first assumption until evidence and context prove otherwise).

Just as the new McCarthyism in politics starts by calling someone else a McCarthyite, the new “fundamentalists” these days are the Christian Left, for whom socialism, sustainability, diversity, climate change, and same-sex marriage are the badges of “five-point progressivism.”

And from their point of view, anything and anyone who challenges this new orthodoxy or its presumed intellectual underpinnings is dangerous—and probably a “fundamentalist.”

From where I sit as Chair of a Christian college department, what the Left calls “fundamentalism” these days is simply historic, traditional Christianity.  Maybe “fundamentalists” should co-opt the word and make it into a badge of honor.  I’ll bet it would look good on a t-shirt.

But on too many Christian campuses today, “fundamentalist” is the new F-word.  It is used to stop conversation and to intimidate voices that dissent from the emerging leftist orthodoxy.

How to Cheat an Accrediting Agency…
How Can a University Overcome Wokeness?
The Left at Christian Universities: Revisiting the Evangelical Mind