Terminating for Moral Failure: How to personally thrive when terminating senior staff 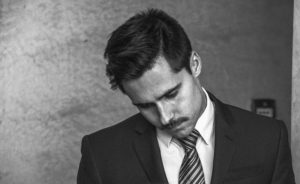 Professional HR advice may be needed if terminating for moral failure.

The third-hand rumor of sexual misconduct came to my office.

Without corroboration, I could do nothing. I would not, and could not, ask a valued senior staff member about a sexual rumor. Without substantiation, I could not cause his spirit harm with such a question.

The third-hand rumor came to my office a second time two weeks later. This time corroboration was available. Within hours I was sitting face to face with an offended husband listening to details about a sexual affair involving two of my senior staff members. Written proof was difficult to ignore. I realized that I may have to take the steps toward terminating for moral failure.

Trusted colleagues, good friends, and solid believers is how I would describe these people. I also knew their families. This would not end well, for anyone.

I was responsible for none of the action in this situation, but found myself responsible to respond to such distressing information. I was plunged into the fray and needed to act. I was sick. I became zombie-like for hours. But my profound heartbreak and personal devastation had to take a secondary role to my responsibility.

Care must be taken when terminating for moral failure. A trusted board member pointed me in the direction that would bring closure to the situation, protect the college, and allow me to thrive in the midst of turmoil. I realize that thriving may seem strange, but doing the right thing, the right way, in the right time allows a person at least a chance to sleep well in spite of his circumstances.

Here are my five steps to thriving while terminating senior staff members, or walking through various traumatic events. Let’s stipulate that taking this to the Lord for guidance is what we do; this is who we are as active believers. The five steps always have the Lord’s heart in mind.

Speak with a professional outside of the situation.

In our case, the board member led me to an HR company out of state. This is important for several reasons. We are a small town; we could not afford locals to know this story any more than necessary. Also, we could not afford to be seen as biased toward either staff member; an outside firm had no connection to either person. Legal realities make it necessary to have professional help when terminating for moral failure.

By the time the process finished, both offending parties signed separation agreements containing the requirement to leave the campus immediately, relinquishing their rights to sue the college, and a two-year “gag” order in relation to other college employees. It was tense, but it brought the matter to a close in a professional manner.

Slow down the process and let it unfold.

My first reaction was to fire both parties on the spot. However, as I consulted with the HR firm, we realized the possibility of a sexual harassment claim, since the two senior staffers were not equivalent in the flowchart.

Let anger subside. Allow rational thought to resurface. Listen to unbiased professional counsel. Refuse to be reactionary; choose to be responsive. Know you must deal with the situation, but do not compound their bad behavior with your mistakes.

Do not allow the narrative to become your mishandling of the situation, thereby shifting the blame for the mess from their immoral behavior to your reaction. Remember the cornered person is desperate for a face-saving way out.

Don’t provide that way out at someone else’s expense—especially yours.

Refuse to be the detective or prosecutor.

I chose to let the information come to me through the natural course of events. At the time, it seemed as if time stood still but, in reality, the entire process from confirmed rumor to termination was less than two weeks.

Choose to confirm the information by requesting to see first-hand evidence from those bringing the accusation. If you begin asking questions to those outside the inner circle of a controversy, you alert people to a potential scandal. If proven untrue, damage is still done. Let the situation implode on its own. Sin has a way of exposing itself, especially sexual sin involving multiple parties.

These are personnel matters that are no one else’s business.

Legally I had to keep the information to myself, for the most part. Morally and ethically, I chose to keep the circle small. Severe consequences were coming. I had no desire to punish those involved by leaking reputation-destroying information to those who had neither right nor need to know that anything was happening.

Even after the immediate departures, only a few people had to know anything. The comptroller had to be informed of the departures in regard to severance pay and unused vacation, but that person did not need any details of the immoral acts. The dean of academics had to be told of the vacancies, but nothing more.

People may become angry because the president took action without their input or knowledge. Take it on the chin; you will survive. You sit in the key chair for a reason—you are a seasoned leader who can weather storms.

People may ask how to respond when others ask them about the departures. Give no answer. This is not your mess, you are not responsible to defend anyone. On the flip side, do nothing to slyly give prurient information.

Your job is to provide severe consequences for immoral behavior, not publicly punish the people for their sin.

Once the separation deal is signed, keep silent.

It didn’t take long for people to begin asking why two people left at the same time. I certainly would not talk about terminating for moral failure.  It also didn’t take more than 24 hours for at least one of the terminated staffers to have buyer’s remorse. Fifteen phone messages and texts later, the angry former staffer finally got the idea I wasn’t responding. What’s done is done.

Keeping anger and arguments alive needs two parties. I refused to be the second party. A scorned woman or a foolish man will listen to no rational answer—don’t think you are cleverer than those who came before you. Let it go; drop it. Period.

I grieve for the two lives that were destroyed by their own sinful actions. I grieve for relatives who lost wonderful images of their family life. I mourn lost friendships. I hate how it might hurt our students. No wonder God hates sin.

Surprisingly, I am doing well. I know that may sound selfish in light of the damaged people who were disciplined. However, there is a lot to be said for leaders trusting the Lord, trusting the process, and using every bit of grace and wisdom God has granted a believer over the years.

I am even beginning to thrive again because even during the consequences phase, grace and mercy reigned as much as possible. As believers and leaders, this is a great legacy for appalling circumstances such as terminating for moral failure.

How to Cheat an Accrediting Agency…
SBA ECONOMIC INJURY DISASTER LOAN
Your Corrective Action Plan: The Top 10 ED Compliance Audit Findings and How to Correct Them
Opportunities for Reducing Expenses at Your Institution