A Lesson from Joshua on Passing the Baton 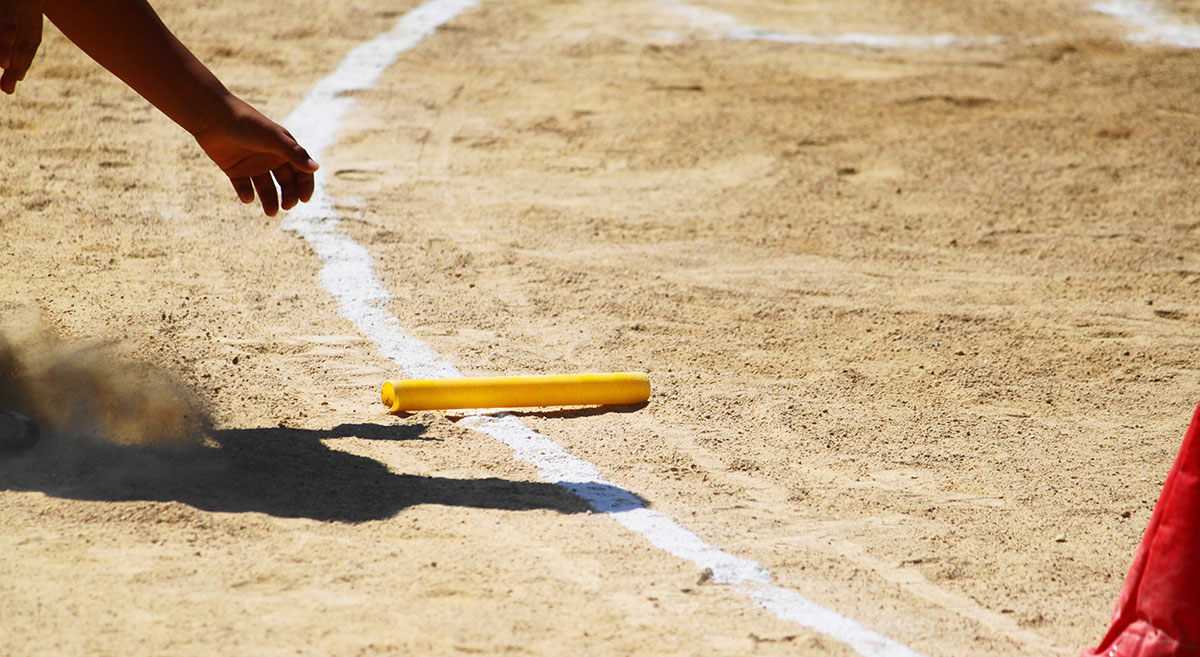 Your mission is like a baton. It must be carefully passed off to the next runner.

Sadly, on rare occasions I have served with people who were more interested in building their own kingdoms than the Kingdom of God.  Still, they do some good.  Even Judas only took some of the money from the bag with which he had been entrusted.

Might there someday be a Judas who will compromise what you have handed down, replacing mission with self-interest?

In Christian colleges founded with offering-plate money, we could say that using one’s position for one’s own interest is to embezzle.

Here, we will explore how to carefully steward what has been entrusted to us so that we don’t drop the baton of our founders’ mission only to find others manufacture their own batons of self-interest and grandeur.

Have you experienced it? A gravitational pull for your Christian university, a school that had been set apart for special purposes, to become just another university. To your school’s founders, their efforts embodied a holy mission. To some future employees, it is just a job or even a stepping stone on their career path.

Unless a conscious choice is made, it is natural for Christian colleges to conform to the image of this world.  To not make a choice is to choose to throw the baton away … to drift.

To not guard the mission is to accept its being gradually abandoned. And to hire people who do not deeply care about your mission is to have the foundation eaten away on your watch.

Constant watchfulness is not natural.

Being a college administrator is never a time of sleepy inactivity. While being constantly pummeled with distractions and deadlines, we drift into neglecting less urgent matters. In the howling racket of endless responsibilities, our zeal even recedes. We need to be reminded to take a stand.

Joshua threw down the gauntlet, saying, “Choose for yourselves this day whom you will serve” (Joshua 24:15, partial).

Throughout history, the Luthers, Bonhoeffers, and Wilberforces have taken firm stands.  In Christian schools, top leaders must also take a stand so clearly that no one doubts the acceptable directions for the school.

And for those of us not in leadership, we too, even those of us as lowly as the prophet Amos or Peter before the Sanhedrin or Paul in jail, must take a stand as well.

Then the people answered,

“Far be it from us to forsake the Lord to serve other gods!  It was the Lord our God himself who brought us and our parents up out of Egypt, from that land of slavery, and performed those great signs before our eyes. He protected us on our entire journey and among all the nations through which we traveled.  And the Lord drove out before us all the nations, including the Amorites, who lived in the land. We too will serve the Lord, because he is our God” (Joshua 24:16–18).

In verse 16, the Israelites promised loyalty. It was heartfelt. But would it last beyond their brief lifetimes?  Will the deep loyalty to your school’s mission last beyond your time at the school in which you serve?

The test of faithfulness is time. God forbid that another leadership generation should take what you have built and undermine your sacrifices for their own gain.

This Day – Which Day?

Things went well for a generation.

The people served the Lord throughout the lifetime of Joshua and of the elders who outlived him and who had seen all the great things the Lord had done for Israel (Joshua 2:7).

The people around a founding leader knew his vision. They helped bring it about and protected it to their dying day. You may have committed to do the same at your own school

But it is not enough to choose for today to protect your mission. You must also choose for the future of your school. You must not fail to pass the baton.

Next Generations Tend to Drop Batons

THIS day, the Israelites chose the Lord. What about the NEXT day—or rather the next generation?

After that whole generation had been gathered to their ancestors, another generation grew up who knew neither the Lord nor what he had done for Israel. (Judges 2:10 NIV)

While Joshua’s generation resolved to serve YHWH, the next generation did not.

The covenant did not, and does not, automatically transfer to the next generation.

Every generation is faced with the challenge to choose. King David followed the LORD. David’s son Solomon did so less.  David’s grandson, Rehoboam, seems to have showed little interest in the God who had founded his dynasty.

The books of Kings and Chronicles bulge with examples of unworthy leaders who used the authority they inherited to lead their charges away from the One who should be served.

Who will inherit what you are building at your university and what will they do with it?

Why Next Generation May Drop the Baton

Why?  Because they forget. They lack experience. And because they have the disadvantage of not being desperate.

A “next generation” may forget. How could the generation following Joshua possibly not know about what their parents had seen: the crossing of the Jordan, the battle of Jericho?

How could they not know what their grandparents had seen: the crossing of the Red Sea, the manna in the wilderness.

How is it that graduates of American public schools (which are funded by government dollars) are totally ignorant of the unusual ways God seems to have been involved in American history?

In the recent book, The American Miracle: Divine Providence in the Rise of the Republic, Michael Medved describes incident after incident that suggests God’s hand. Somehow, I do not expect the National Teachers Association to lobby for this book to be included as a high school text.

When I first learned of such historical incidents I became angry. Having just watched a video from Wallbuilders, I realized that until recent decades, all school children knew these things. I realized that I had been robbed of my history and my heritage.

No wonder Wallbuilders describes itself as “an organization dedicated to presenting America’s forgotten history …” (https://wallbuilders.com/about-us/).

At key moments, we may see God’s hand in the development of our universities. It would be criminal to withhold knowledge of what God has done from those who inherit what we build. We must regularly schedule times to insert these stories into the life of every segment of our communities. Insert them in ceremonies. Carve them on walls.  Build an altar.

Stories can touch us or can seem like mere fairy tales.

As a Jew, I grew up enjoying a Passover Seder every year. I heard the story many times. But, until God touched me, I had no experience to validate the idea that God had done miracles and rescued my ancestors from Egypt.  I was also aware that, during my youth, no one else in my community seemed to think they had experienced any kind of works of God. Perhaps my experience was similar to the generation of my ancestors who forgot the Lord.

That whole generation had joined their ancestors in death. So another generation grew up after them. They had no personal experience with the LORD or with what he had done for Israel (Judges 2:10, God’s Word Translation, emphasis mine).

Fire does not burn in a vacuum. If no one around you bears testimony to an intimate, living, acting God, you will give no thought to things of God. A community that does not experience God will not long carry the baton.

Unfortunately, They Are Not Desperate

Ask God to lead you to a Jericho!  Desperation is a blessing. When we know we are out of our depth, we cling to God. We learn faith and God’s faithfulness when we have nowhere else to turn. God even orchestrates circumstances to show us we are helpless. Only then will be become fully dependent on God. Hudson Taylor learned these lessons well:

It was not until many years later, when Mr. Taylor could look back over all the way in which the Lord had led him, that he was impressed with the fact that every important advance in the development of the Mission had sprung from or been directly connected with times of sickness or suffering which had cast him in a special way upon God. It was to be so now; as though a deeper preparedness of spirit were needed, before he could be trusted with the answer to his prayer. (Taylor 1918, 252–253)

It is easy to imagine the faith and dependence it took to found some of today’s great universities.  They did not start with great wealth, facilities, credentials, and expertise.  Thus, the original leadership team saw God work.  They had few other places to turn.

How blessed it is to trust in Him! It is far happier to want, trusting Him, than to be richly supplied, leaning on supplies rather than on the Supplier. I find this life happier every year, though not less trying to faith. (Taylor 1918, 258–259 emphasis mine).

Generations later, those serving the now more wealthy and prestigious university may know little about the church-basement Bible institute from which it sprang.  hey may look down on small, emerging colleges and the silly entrepreneurs who have the courage to step out of their depth.

Now that well-credentialed faculty and administrators feed on the land cleared by forgotten pioneers, they feed in security.  They are richly supplied.

Take a Stand with Baton Firmly in Hand

What day is today?  Which generation is now leading your college, university, or graduate school?  Have you been careful to only hire people and appoint board members who deeply care about carrying the baton?

Or are careers being built by those in the order of Saint Judas — those who build their careers on the foundation of the offering plate money and on the labor of a previous and more godly generation?

How to Cheat an Accrediting Agency…