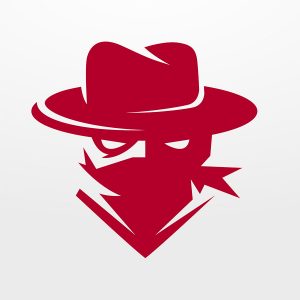 Eighty years after the founding of Harvard, Cotton Mather and his fellow pastors saw that Harvard was losing its founding purpose. They were so concerned about Harvard’s mission drift that they started a new college: Yale.

How Christian Colleges Lose Their Christian Identity and Mission

Many Christian colleges and Universities seem to be moving gradually left.

This seems especially true of those that

The main question is:

Why Does It Matter If a Christian College Moves to the Left?

It matters because of what we’ve learned about the typical developmental trajectory of church-related colleges over the last 100–150 years.

Simply, colleges founded by churches rarely (if ever) become secular by moving to the right. (Perhaps you know of one that I don’t. If so, do you know of two? Or three?).

On the contrary, institutions become secular by moving to the left (the Christian left), and then it seems to take a generation or so to gradually shed the Christian identity in all but name.  One may speculate about the reasons for this.

It seems critical that we examine the historical sources of the ideas that are represented in and by the Christian left and right. If an idea or perspective can be shown on historical grounds to have arisen from anti-Christian sources (something more than merely non-Christian), we are correct to look with great suspicion on its current manifestations, regardless of how much God-talk we surround it with.

For example, rules of logic developed from the writings of Greek philosophers are merely non-Christian, not anti-Christian. On the other hand, we should be deeply suspicious of a teaching about the value of human persons that flows from the assumption that we are mere meat machines, an anti-Christian perspective that cannot possibly lead to sound moral judgments.

This does not violate the “all truth is God’s truth” principle. We are not talking about denying the validity of science, or the rules of logic, or the fundamental principles of economics (if we can agree on what they are), i.e., theologically neutral propositions flowing from “general revelation.”

We are talking about the danger in trying to harmonize the perspectives of people who were specifically anti-Christian with biblical teaching; drawing their viewpoints, flowing from anti-Christian stands, into the church’s teaching, perhaps because these viewpoints sound caring, or objectively rational, or appeal to us emotionally in some way; and then wrapping the entire affair in judiciously selected Bible verses so we can assure ourselves of our continued piety, while experiencing a chilly frisson of self-congratulation at our open-mindedness.

How concerned should a Christian be when he finds himself agreeing on policy matters and social issues with well-known atheists? The answer, of course, is “it depends.” It depends on whether or not the particular matter of agreement flows from a commonly held perspective or understanding that is itself more or less theologically neutral.

On the other hand, it should evoke great concern when a specific anti-Christian perspective, flowing in a consistent way from an anti-Christian worldview, becomes something we adopt as our own, having decorated it with hermeneutic distortions of biblical texts.

The Christian left seems more likely to ally itself with initiatives and perspectives whose origin is outside the church. These include

The list could be longer, but the flavor is here.

The exception is the specifically pacifistic Anabaptist tradition, which can encourage a thorough withdrawal from all civil participation that has any aspect of violence implied in its function (though this is not always completely practiced by current descendants of the Anabaptist tradition).

A simple test for the “theological authenticity” of a pacifist (are they left or right) is how willing they are to allow the political state to tax and redistribute income to cure social problems. The threatened violence behind the power to tax is anathema to many true Anabaptists (who are on the Christian right), but not to many members of the Christian left.

The left is not primarily refraining from doing evil with violence, but with effecting specific “cures” for society’s ills, which they are only too happy to do with taxes paid by other people.

Christian institutions of higher education often have a way of starting as small Bible colleges that fail in a decade or two because they didn’t stay focused on their main mission.

As colleges get a little bigger, they start trying to do other things, which is fine as long as they stay on their mission trajectory . But at some point, they find that they really want to be thought well of in the eyes of the world (the marketing/ message/ branding thing—must get that USNEWS and World Report rating) and begin trying to arrange adequate resources and a public image. So even if they failed to carry out their primary mission for 20–30 years (or CHANGED the mission, gradually and subtly), they’d still survive, and maybe even thrive—that is mission creep.

Here is how you know if your mission is creeping:

The university creates a separate PROGRAM dedicated to carrying out its current understanding of the original mission, and then advertises that it’s doing this. (Imagine Ford engaging in an advertising program to tell the world that it is now trying to make good cars. What have they been doing for over 100 years?)

On the surface, the program sounds good, but it in fact acknowledges to the world serious mission creep. Unfortunately, the program mandates objectively observable and measurable results of something that was never meant to be so measured. (Imagine Ford asking, “I know we sold over 100,000 cars in that model, but exactly how attractive is the curve on that fender?”).

In what directions is your school developing? If the founders, on whose foundation you rest, were to return to inspect your work, would they smile contentedly, or would you have to have security escort them off your campus?

The Left at Christian Universities: Revisiting the Evangelical Mind
How to Cheat an Accrediting Agency…
How Can a University Overcome Wokeness?