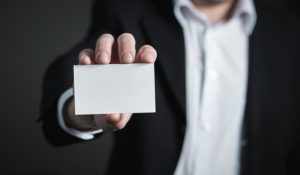 Even Christian colleges must transform in some ways or risk extinction.  A new study shows this is especially true in transforming your school’s fundraising job title.

The beliefs, attitudes, and values that supported traditional titles, such as Director of Development or Advancement have become outmoded and counterproductive in obtaining a slice of the ever-increasing pie of philanthropic giving.

As it turns out, philanthropy in the US has reached record levels and far exceeds pre-recession giving. In fact, charitable giving surpassed $373 billion in 2015 and giving to education grew by 8.8 percent to over $58 billion, second only to giving to religious organizations which is now over $110 billion.

Most important, giving by individuals amounts to over $0.72 of every $1.00 Americans donate, and this does NOT occur at golf tournaments, alumni banquets or annual mail appeals. Instead, successful fundraisers at Christian institutions are learning how to earn the right to solicit five-, six- and even seven-figure gifts from major donors. And that brings us back to job titles.

Measured by which person donors would be more likely to contact to discuss each of these types of donations, the worst-performing type title was a commonly-used traditional institution-focused type fundraiser job title, such as any of these:

What’s Wrong with These Job Titles?

Fundraising job titles like these don’t consider the donor’s perspective. Instead, they follow traditional higher education practices left over from the 1950s — make that the 1920s.

As Dr. James noted, “The term ‘development’ is most commonly used interchangeably with ‘fundraising’ today. However, the use of the term ‘development’ originated at Northwestern University in the 1920s and had a broad meaning that encompassed a variety of institutional objectives.”

Similarly, the term “advancement” originated from university fundraisers at the 1958 Greenbrier Conference. The original conference documents show that this conference “concerned itself with the internal mechanisms of the college or university, not its relationship with the rest of society, such as donors.

Best-Practices in Choosing a Fundraising Job Title:  Be Donor-Driven

To capture a larger slice of the chartable pie, move away from institution- and events-driven approaches to fundraising.

Being only events-driven is often overused, stale, and shows diminishing return on investment.

Being institution-driven means you must constantly work to be heard among the noise in the marketplace, and the appeal is all about your institution:  “We are great stewards of your gifts, our programs are world-class, our students are making a difference,” and so on.

Instead, work toward being donor-driven.

This means working to earn the right to help donors practice their Christian beliefs or fulfill their personal values or carry on a family tradition by making an investment in the mission of your institution.

All effective philanthropic efforts are about the donor.  But what is YOUR fundraising job title and is it detrimental to your efforts?  Let’s take a closer look at the worst and the best titles for fundraising jobs.

The fundraising job title generating the lowest overall likelihood of donor contact among all 63 titles tested was “Director of Advancement.”  In fact, ALL titles containing the words “development” or “advancement” were found in the 10 worst-performing titles.

The top three performing titles included “donor” and all of the top three referenced a positive benefit for the donor, such as

By being gift-centered, the fundraiser appears to have knowledge and experience in the context of complex donor scenarios. This can be a valuable resource for the donor who wants to avoid an appearance of “donor versus institution” allegiances.

The bottom line is that we now have empirical research that shows titles DO matter; we now know that changing job titles to a more gift-centered approach will enhance donor perceptions.

To begin the transformation at your school, consider using this study as a conversation starter at your next Administration or Board meeting. 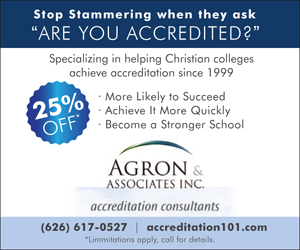