The “Fairness for All” Proposal: Is It Really Fair? (Con Article) 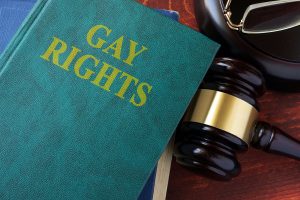 Is supporting the Fairness for All bill a risk? If we are granted some protections, will we be able to keep them?

Sexual orientation and gender identity (SOGI) laws have banned religious adoption agencies  from placing children only with opposite-sex married couples, and required Christian bakers to bake cakes celebrating same-sex weddings, businesses to address people by their preferred pronouns, and schools to open single-sex locker rooms to members of the opposite sex. Will a “Fairness for All” proposal really protect Christian academia?

The so-called “Fairness for All” proposal, which would elevate SOGI to protected class status in the law, has gained modest popularity within some religious circles, including Christian higher education.

This article will explain what Fairness for All is and discuss its necessity, durability, and disadvantages.

What is “Fairness for All”?

Fairness for All (FFA) is a legislative proposal to add sexual orientation and gender identity as protected categories to nondiscrimination laws in exchange for religious exemptions.  Supporters have neither shared proposed bill language nor offered much detail about their proposal.

However, it is likely that the laws affected would include police power laws (those banning discrimination in employment, housing, public accommodations, education, and credit) and conditions on government benefits such as grants, contracts, and student financial aid. FFA supporters have also indicated that their proposal will enact a nationwide ban on so-called “conversion therapy,” through which counselors and psychologists help patients manage unwanted same-sex attraction or gender confusion.

FFA would include some protections for religious organizations, including Christian colleges and universities, and possibly permit referrals for businesses run by religious sole proprietors.  But FFA proponents have not provided any model legislation, so it is difficult to know the religious exemptions’ proposed scope.

FFA advocates confidently predict that comprehensive, nationwide SOGI nondiscrimination laws are inevitable and that the only open question is whether they will include any religious exemptions.

Based on this debatable conjecture, they contend that religious individuals and organizations should negotiate some sort of “deal” now, claiming that such deals are possible now but will be impossible later.

The “Utah Compromise” has been cited as a model for FFA.  However, it is worth noting that no major LGBT rights group has declared support for FFA.  Indeed, most such groups withdrew their support for the proposed Employment Non-Discrimination Act (which would have added SOGI to Title VII of the 1964 Civil Rights Act) in 2014 because it included a religious exemption.

Is FFA Necessary Because SOGIs are Inevitable?

FFA’s religious supporters contend that comprehensive, nationwide SOGI laws are inevitable.  They also argue that if Christians do not affirmatively support SOGIs now, the laws that will inevitably be adopted will include no religious exemptions.

But SOGI laws are not inevitable.

No comprehensive new state SOGI has been passed since 2008, except for Utah’s SOGI, which arose in a unique political context and which did not address public accommodations or conditions on public benefits.

In 2016, the Arizona, Florida, Idaho, Indiana, Kansas, and Nebraska legislatures rejected SOGI laws.  So far in 2017, Wyoming and North Dakota have rejected SOGIs.

Despite these real-world outcomes, FFA supporters contend that Obergefell v. Hodges completely changed the landscape, making the stall in the effort to adopt statewide SOGIs irrelevant and making statewide or even nationwide SOGIs inevitable.  This contention does not bear scrutiny.

Although cultural acceptance of same-sex marriage and of homosexual behavior has grown in recent years, legal recognition of same-sex unions is not inevitably followed by the adoption of SOGIs.

Consider the example of employment law: twenty states prohibited sexual orientation discrimination in state employment by the end of 1995, and fourteen states forbade it in all employment before Massachusetts became the first state to legalize same-sex marriage in 2003.

The next state to recognize same-sex marriage was Connecticut in 2008, by which time twenty states proscribed sexual orientation discrimination and twelve states banned gender identity discrimination in all employment.

Updates to state law since 2008 have mostly been to add gender identity to existing sexual orientation laws (in seven states besides Utah) or to add SOGI to protected categories for state employment (in eight states).

In other words, the vast majority of SOGI employment laws were enacted not only before Obergefell was decided, but also before most states recognized same-sex marriage at all—that is, before the cultural and legal shift on marriage took place.

Will the Religious Exemptions Endure?

If enacted, the balance that FFA attempts to strike may not last if LGBT rights advocates are unsatisfied with FFA, which they almost certainly will be. If sexual orientation and gender identity have already been enshrined as protected classes, it will make the task of eliminating the exemptions all the easier.

For example, California has had an FFA-style compromise in place for more than a decade.  Its higher education law, which applies to schools whose students receive state tuition assistance, forbids SOGI discrimination and exempts religious colleges.

In 2016, the California legislature considered SB 1146, a bill that, in its worst form, would have shrunk the existing religious exemption so that religious liberal arts colleges would be subject to gender, gender identity and expression, sexual orientation, and religious nondiscrimination requirements as to both students and staff.  The bill’s nondiscrimination provisions were removed at the last minute, likely due to opposition to the bill’s effect on religious colleges and to pressure from the ACLU and other leftist groups who did not think SB 1146 was punitive enough.

Also, the District of Columbia had a law banning sexual orientation discrimination that exempted religious educational institutions, a compromise that lasted for over 20 years.  In 2014, the DC City Council repealed the Armstrong Amendment, which contained the exemption, subjecting schools such as Catholic University to the sexual orientation nondiscrimination rules.

“Fairness for All”: Is It Actually Fair?

FFA is unfair to at least three categories of people.

First, FFA almost certainly will be unfair to religious people who are not in explicitly religious jobs.  FFA’s religious exemptions are unlikely to adequately protect Christians operating for-profit businesses, including wedding professionals like calligraphers and bakers. Therefore, even in the best-case scenario, protection for some is secured at others’ expense.

For Christians who believe that people are called to honor Christ in all vocations, who reject an easy sacred/secular divide between professions, it is problematic to suggest that only some jobs deserve religious freedom protections.

Second, some people, who for non-religious reasons, believe that children flourish best in homes where their biological parents are married to each other, or believe that biological sex is not a personal feeling or decision.  Not only would an FFA law not protect those people, it would send a message that such views are false and discriminatory, and tolerable only in specific religious contexts.

Third, FFA is unfair to women.  FFA nondiscrimination proposals include gender identity as a protected category.  Gender identity nondiscrimination laws undermine single-sex spaces—restrooms, locker rooms, dormitories, prisons, and shelters—that have been created for privacy and safety reasons.  They do so by allowing men who believe themselves to be women to access women’s spaces (which also makes it easier for men who do not believe themselves to be women to do so).

Gender identity laws also undermine the work of the women’s movement, which was able to identify and challenge specific ways that women experience discrimination that require being able to talk about the category “woman” in an objective, not a subjective, self-determined sense.

Women’s rights advocates across the political spectrum have expressed concern about this.

Ultimately, SOGI laws make it difficult for people to tell the truth about what it means to be human and in some cases mandate telling a lie (such as New York City’s regulation of pronoun use in the public accommodations context).  This helps to marginalize alternative religious and ethical perspectives that reject the assumptions about sexuality that SOGI proponents usually hold.

For Christian institutions to support FFA, particularly in the gender identity context, suggests that we support using the law to coerce others (whether Christian or not) to participate in a lie—for example, to treat a man who believes himself to be a woman as a woman, even in how they speak about him.

Thus, while Christian educational institutions will likely retain some freedom under FFA-style legislation, that protection will lack stability and will probably come at a significant cost to the freedom of people with secular jobs or non-religious moral convictions about SOGI, and to women’s privacy and safety.