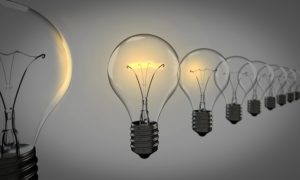 Seminaries have an incredible opportunity to reimagine what their future can be as a truly new version of themselves — Seminary 2.0.

To accomplish that, they can’t simply update their existing program. They must be willing to adopt a “new version” mentality, as they say in the software industry.

Creating a new version of your seminary — Seminary 2.0 — can be a tremendously exhilarating and rewarding experience, and we have the technology and ingenuity to do it.

But that is not happening. Nearly every school is rushing to offer courses, or entire degrees online as they continue to operate out of an update mentality — that is, they look at their traditional educational delivery structure and ask how digital or virtual education can provide additional options that approximate the traditional structure.

Often, they further limit their options by disallowing any idea that would cannibalize students from their traditional programs, making the return on that investment even worse than their current condition. This is like a software application adding a new feature via an update and disallowing any thoughts about reconfiguring price points, market uses or deleting outdated functions. Incremental updates are good, but they cannot be expected to bring exponential or compounding rewards.

Offering online education is not a panacea to a school’s financial and enrollment woes. Why should a school think that using technology to approximate a struggling system will eliminate the struggles? By definition, such an approximation will be a compromise, a lesser experience.

It may provide some incremental savings in overhead and marginal enrollment increases by reducing logistical obstacles for students, but they shouldn’t imagine that repeating a lesser form of a failing system will produce better results.

Taking a traditional model online could even scale or multiply a school’s problems. If seminaries want dramatic changes to their bottom lines and enrollment, they should consider dramatically changing their mindset about how they innovate.

It’s time for a new version; it’s time to question everything.

A “New-Version” Mindset Questions Everything

In a fragile “update” mindset, many questions are off limits.

A “new-version” mentality, however, takes a close look at the school’s mission and program descriptions to determine its core goals — and then questions things that have been assumed for even hundreds of years. Everything is fair game.

By definition, Seminary 2.0 should be significantly different than all of the iterations of the previous version. As a result, the re-versioning process should be disruptive to the school’s traditional programs. It doesn’t presume that any particular structures or traditional approaches are necessary.

Why not question the traditional conceptions of the professor?

For centuries the professor was primarily an orator who publishes his orations to advance the field. The professor was also part of a faculty that provided oversight of the curriculum. We already have produced a new professor class, the adjunct, that is basically an orator/grader who is not paid well enough to spend any significant time investing in individual students.

One could argue that the role of full professor doesn’t allow sufficient time for this either. With all the recorded instruction available and eventual move toward video books, the future roles of faculty will probably be different than they were a decade ago.

Why not question traditional distinctions between faculty and administration?

Administratively light schools could have a very small faculty that have limited course duties but are responsible for overseeing the curriculum. A new type of professor could emerge that is more of a mentor than an orator.

This type of professor doesn’t spend time monologuing but rather personally guiding students in their work and growth.  This would disrupt current conceptions for the percentage of professors who have a voice in curricular decisions and direction but improve expectations for how well students would actually get to know their professors.

You may already be thinking of some reflex objections to these ideas.

Would the objections to this type of thinking be related to the goals of the institution? Pragmatic difficulties for implementation or transition? Regulatory or compliance difficulties?

Only objections based on institutional goals and mission are markers of a new-version mentality.

Why not question traditional conceptions of what the student does?

Why assume there needs to be a 16-week semester?  Why assume we can expect students to only pursue one master’s degree?

Schools tend to inflate the number of courses and price of degrees, since they assume they only have one shot at the student. In doing so, they ensure that students can’t continue to learn and earn credential after credential.

Why not consider competency-based education where students are measured on competencies rather than what they accomplish within a set timeframe?  What are we assuming about the nature of the assignments and assessments we use in class?  Are traditional papers and high stakes exams our best assignment and assessment options?  Is required synchronous group interaction really necessary for every course?  Is required synchronous 1:1 teacher interaction necessary or helpful? (The 1:1 mentorship model is something that traditional education gave up for a more industrialized classroom model.)

Why not question the market rates for the cost of education and professor (or adjunct) compensation?

Even though the education sector is less lucrative than other sectors, such as finance, energy, health, legal, trades, etc., sector valuation can change. Should we accept the market rates or try to change the market? It makes sense to talk about “fair price” as something distinct from “actual price” generated by supply and demand.

Supply and demand can be manipulated to move prices closer or further from “fair zones” which can be established by comparisons to analogous and related products and markets. There would be a generally expected ratio between a house and a loaf of bread. Major issues would be out of whack and need to be fixed if they ever were close to the same price.

I would suggest asking what a fair price is for a single Master of Arts degree in Theology compared to the costs of the rest of life. Personally, I wouldn’t expect someone to pay more than 10% of the population’s median income for such a degree.  For the U.S. that would be $6,000 for a Master’s degree. This would have an impact on the number of credits for such a degree, but even at the smallest size (10–12 courses) the cost would be well less than $200 per credit.

Most schools refuse to even try to work out a solution at this level and assume that it would necessitate lower quality or that it is simply unrealistic. This is especially the case if that school wanted to pay its faculty the median wage for someone with a PhD, ($73,500).

Reflex objections to these ideas are based on the pervasive “incremental update mentality.”

I have no doubt that we could engineer a business model that would deliver a high quality, highly personal educational experience at these price points, but it would look significantly different than our current models.

However, if we were to do this, we could have graduates entering the ministry without debt or government loans. And we would provide sustainable education so they could earn degrees throughout their lives instead of trying to squeeze as much out of them as possible within a few years.

To help institutions deliver high-quality content at low cost, For example, Logos Bible Software can provide a theological library accessible for all students at a fraction of the price to maintain a physical library. Additionally, the Logos Mobile Education course catalog can supply all sorts of recorded instruction that integrates with the library and relieve some of the lecture burden for teachers.

In closing, there may have never been a time with more apparent need or opportunities for disruptive innovation in our seminaries.  The questions that must now be asked in our schools of Theology are these —

Who is going to continue with their traditional code, frozen in an “update mindset?”

And who will start thinking with a “new-version” mentality that produces the first Seminary 2.0?