Do Christian Colleges and Seminaries Have a Moral Responsibility to Screen Ministry Students for Dangerous Mental Disorders? 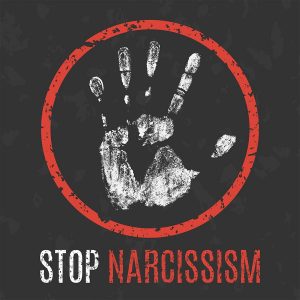 Most students at Christian colleges want a solid academic experience, but from a biblical perspective. They tend to be honest and open, though they also reflect today’s culture of entitlement. However, there exists a dangerous sub-type that we have been largely unaware of, and many of them are aimed at entering full time ministry as pastors.

In 26 years of working closely with people in conflict and 18 years with conflicted congregations as an analyst, mediator, and interventionist, I noticed early on a different quality in many of the church fights from what I experienced in secular conflicts. My own biases and almost all of the literature on church conflicts said that the pastor was almost always the victim. What I saw was different: about half the pastors were not only at the center, they were the cause and coordinator of soul-wounding fights within their own churches.

On closer scrutiny, and in consultation with licensed counselors and psychiatrists, I found that I missed one important diagnosis: Narcissistic Personality Disorder (NPD) (Diagnostic and Statistical Manual of Mental Disorders 2012). The more I learned about NPD and its close relatives, Sociopathic, Borderline, and even Bi-Polar personality disorders (Kernberg and Yeomans 2013, 1-22), the more alarmed I became. NPD in particular is among the most relationally destructive of all mental diseases, and also among the least treatable.

Let’s be honest: We expect many pastors to be slightly off-centered and with amusing eccentricities. That’s fine, and the majority do much good. I am not concerned about them. What scares me is this: recent validated research strongly indicates that those who meet the diagnostic criteria of NPD are so strongly attracted to ministry that they make up just under one-third (31.2%) of all ordained clergy within a large, conservative denomination (Ball and Puls 2015, Ball, Puls and Jones, 2016).

Why do they go into ministry at a rate 500 percent higher than their distribution (2%-6%) in the general population warrants? Sandage and Moe note that religion and “an intense commitment to the sacred seems to fuel narcissism” (Sandage & Moe, 2011, 410).

Unfortunately, narcissism demands an image of perfection and pride, which are summarily rejected by Christian belief in favor of brokenness and humility. Paradoxically, Hotchkiss states that narcissistic envy apprehends God as a rival to be diminished (Hotchkiss 2003, 18).

How to Spot Narcissism in Ministry

Those in ministry with NPD tend to be charming, full of ideas, want to know everything about you, and quickly integrate themselves into the fabric of congregational life. And then begin to dominate.

Williford and Williford list six signs of narcissism in clergy:

However, they are also chameleons, able to switch on a high wattage smile even while they are deciding how best to attack and destroy. I am not exaggerating. In a nutshell, they are arrogant, demanding, and entitled, particularly with staff. They expect automatic compliance with their wishes or especially favorable treatment, and may react with hurt or rage when these expectations are frustrated.

They are demeaning to others, have grandiose fantasies of status and success, believe they are “special” and can only be understood by, or should associate with, other special or high-status people; they use people to get what they want without caring about the cost to those people.

They have an inflated sense of self-importance and exaggerate or outright lie about achievements and talents, and expect to be recognized as superior; they want praise, compliments, deference, and expressions of envy all the time, and they want to be told that everything they do is better than what others can do. 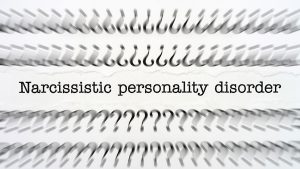 Perhaps their most dangerous trait is a total lack of empathy for others. They have no idea what empathy is, but they know they must fake it. They can generally fake empathy quite well for limited periods of time, but the façade quickly shatters. Criticisms and perceived slights are never forgotten and they never forgive—but they do get even!

Since the narcissist pastor cannot conceive of being wrong or making a mistake, he or she must always have someone else to blame for what goes wrong (Hotchkiss, 6). Often that scapegoat is a subordinate who the narcissist will first groom, then isolate and attack relentlessly until the subordinate leaves, at which time another scapegoat is needed (Lerner, 60).

If there is no subordinate, the narcissist pastor is likely to find multiple parishioners to attack one or two at a time. The attacks leave the targeted individuals bewildered, discouraged, and sometimes with their faith destroyed (Harbinson, 58).

The narcissist pastor, being self-preoccupied, assumes that God must also be self-preoccupied, resulting in predatory rivalry. Therefore, if everyone is a rival, then God must be the supreme rival (McWilliams 1992, 124) to be vanquished rather than an overpowering love to be served. Thus, the NPD pastor equates his sermon to a performance where God is the titular object but he or she, the pastor, is the true object of affection (Pinsky 2009, 105).

Perhaps the worst part is that they have the lowest rates of successful treatment of any mental condition. The reason is not difficult to pinpoint: they sincerely believe that nothing is wrong with them, and that their problems are always caused by other people. I strongly recommend that the reader enter “Narcissistic Personality Disorder” into a good search engine and read what comes up. You may recognize your own pastor.

Screening Out Narcissism in Seminary Is a Moral Duty

Why do they go into ministry at such high rates? Where else can he (75% are male) get the admiration and power automatically granted to clergy? Where else can he tell people how to live with the imprimatur of holy writ, be invited into their most difficult and tender times, and then be invited to dinner as the honored guest? He knows your weaknesses and your secrets (remember how he wants to know everything about you?), and will not hesitate to use them to flatter you to get something he wants or against you if he sees you as a threat

What does this have to do with us, you ask? Wrong question. The more important question is, do we in Christian academia have a moral obligation to screen students planning to enter ministry?

All of the above traits are present in NPD students. They expect high grades without doing the work, always have a reason or blame someone else when something was not done, have a wildly inflated view of themselves, are arrogant and demanding, and can barely conceal their rage when they fail.

I know that some will bridle at the question, but I have seen the damage that NPD’s cause, have worked with churches to heal their wounds from it, and know the toll it takes on individual members and the gospel message.

I know of one church where the senior pastor not only had NPD, he recruited, groomed, and then attacked and destroyed 21 associate pastors over the years. Only one is still in ministry (me), while some have left the Church entirely, bitter and broken. Now multiply that to between 85,000 and 110,000, which is one-third of the number of churches in the United States. Then add Canada.

I maintain that we have a moral obligation to learn about this almost-incurable mental disease, the damage it causes in tens of thousands of congregations every year, to recognize its symptoms in our students, and to devise fair and equitable means of testing and counseling for them.

The last place they should be is in ministry, yet ministry is one of their top career choices.

I argue that we have a moral obligation to try to steer those with narcissistic tendencies away from ministry with its vulnerable—and too trusting—congregations.

With a few exceptions, the denominations and seminaries are not doing it, and independent churches screen even less.

Fair or not, the people who support Christian academia expect us to adhere to a higher moral standard. What shall we tell them if we knowingly “pass the buck” on this issue by claiming that our job is to teach and strengthen Christian belief, but not to be part of protecting the flock?

Besser, A. & Priel, B. 2010. Grandiose narcissism versus vulnerable narcissism in threatening situations: Emotional reactions to achievement, failure and interpersonal rejection. Journal of Social and Clinical Psychology, 29(8), 874–902.

Cataldo, L. 2007. Religious experience and the transformation of narcissism: Kohutian theory and the life of St. Francis of Assisi. Journal of Religion and Health, 46(4), 527–540.

Crisp-Han, H. and Martinez, G. 2011. Professional boundary violations and mentalizing in the clergy. Journal of Pastoral Care and Counseling 65, no. 23

Glieg, A. 2010. The culture of narcissism revisited: Transformations of narcissism in contemporary psychospirituality. Pastoral Psychology, 59(1), 79–91.

Hands, D. & Fehr, W. 1993. Spiritual wholeness for clergy: A new psychology of intimacy with God, self, and others. Herndon, VA: The Alban Institute.

Haugk, K. 1988.  Antagonists in the Church: How to identify and deal with destructive conflict. Minneapolis, MN: Augsburg Publishing House.

Hotchkiss, S. 2003. Why is it always about you? The seven deadly sins of narcissism. New York, NY: Free Press.

Lawrence, C. 1987. An integrated spiritual and psychological growth model in the treatment of narcissism. Journal of Psychology and Theology, 15(3), 205–213.

Lerner, R. 2009. The object of my affection is in my reflection: Coping with narcissists. Deerfield Beach, FL: Health Communications.

Zondag, H. 2000. Motivation for the pastoral profession in the Netherlands. Journal of Psychology and Religion, 28, 109–118.

Zondag, H. 2005. Between imposing one’s will and protecting oneself: Narcissism and the meaning of life among Dutch pastors.  Journal of Religion and Health, 44 (4), 413–426.

Zondag, H. 2007. Unconditional giving and unconditional taking: Empathy and narcissism among pastors. The Journal of Pastoral Care and Counseling, 61, 85–97.