Christian Colleges MUST Teach About Homosexuality: Where to Start

Understand the times. The place and rights of the homosexual community is not just a polarizing issue. It is a massive one; one that is bound to impact our institutions. We may already be asking, “What are the legal challenges and how should we respond?”  But, there is more we must consider. 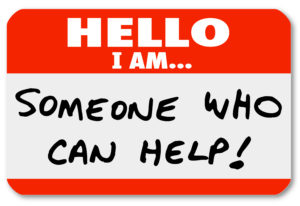 Christian colleges must teach about homosexuality. We must teach a Christian worldview to Millennials and must offer hope to students who struggle with unwanted same-sex desires.

Gay students are turning up in our schools and churches. How do we minister to them?

Many of our young adults see the church as unfair to what they consider to be a persecuted minority. Since Millennials tend not to hold traditional views on these issues, Christian colleges have a duty to teach a Christian worldview related to gay issues.

But, what should we teach about homosexuality?  Here are some resources to consider.

2013      Is God anti-gay: And other questions about homosexuality, the Bible and same sex attraction. Epson, UK:  The Good Book Company.

Sam Allberry, an associate pastor at St. Mary’s Church, Maidenhead, UK, tells his own story while giving useful guidance to those struggling with same-sex attraction, explaining what the Bible teaches about the subject, and answering biblical objections of gay apologists. Allberry distinguishes between same-sex attraction and homosexual activity.

2015      What Does the Bible Really Teach about Homosexuality?  Wheaton, IL: Crossway.

This book is excellent for answering those who twist Scripture to support various claims that the Bible does not condemn homosexuality (or that only certain types of homosexual behavior are condemned). But for a bruised reed, a hurting person struggling with unwanted homosexual desire, or a millennial crusader who feels that Christians persecute gays, this book may come across as a little uncompassionate.

Its purpose is more polemical than pastoral. So, this book would fit well in an elective on LGBTQ issues and would be a “must” for such a class. Yet, it should be assigned along with more compassionate offerings.

The final and conclusive argument against homosexuality does not come from sociologists, the secularists, or the humanists. It comes from God, who has spoken His word against it.

2. A Promise of Healing

A confident proclamation of “hope for the homosexual” through a psychological and spiritual process of “recovery” by which the gay man or lesbian woman is promised healing of homosexual “brokenness.”

3. A Call to Costly Discipleship

True discipleship is hard, no matter the orientation, but the homosexual may well be called to a degree of self-denial not required of most heterosexuals.

In certain very specific and narrowly limited contexts, there might be such a thing as morally acceptable, though never “idealized” or “sanctioned” homosexual expression.  Among them would be monogamous same-sex partnerships.

This affirms gay and lesbian relationships as positively good. They too can be a means of growth into fuller humanity through mutual self-giving. Same-sex love is the ontological equivalent of opposite-sex love for heterosexuals.

It is not for the heterosexual majority in the church to dictate to gays and lesbians what they can and cannot do with their sexuality. The relevant moral issue for Christians lies in a biblically-based call to struggle against all forms of oppression and domination.

Marin, Andrew and May, Daniel

2009      Love is an Orientation: Elevating the Conversation with the Gay Community. Downers Grove, IL: InterVarsity Press.

This book is a “must read” for anyone who wants to minister to the gay community. Because three close friends “came out of the closet,” he felt compelled to grapple with LGBTQ issues. In fact, he and his wife moved into a gay community. He became a bridge builder.

While some who are committed to a homosexual identity are hostile to the church and have cut themselves off from anyone who would disagree with them, Marin has found many gays who are open to the ministry he developed. He learned how to discuss the Gospel with gays.

Like a missiologist, he teaches us about the gay worldview and how to build relationships in this community. He warns against some of our shallow assumptions (e.g., only 7-15% were abused) and the taboos to avoid if we want to keep the door of conversation open (e.g., don’t say “love the sin, hate the sinner”).

2010      Homosexuality and the Christian: A Guide for Parents, Pastors, and Friends. Minneapolis, MN: Bethany House Publishers.

Whereas some books take a theological approach to exploring homosexuality, this book takes a social science approach. Regent Professor Yarhouse, a clinical psychologist (PsyD from Wheaton College) with expertise in the field of sexual identity, reviews the research (e.g., what type of studies have been done, results of the research, flaws in the research).

With his background, he grapples with issues including causes, whether attractions or orientations can be changed, an understanding of sexual identity, and then moves on to issues such as what to do when a friend confesses homosexual attraction. He presents the research in very readable pros and gives his conclusions. He then gives advice to family members and to the church.

2011      Out of a Far Country: A Gay Son’s Journey to God. A Broken Mother’s Search for Hope. Colorado Springs: Waterbrook Press.

This fascinating book contains the testimony of a Chinese young man who throws himself completely into the life of a gay man (and drug dealer) and the mother who prays him to a committed life of serving Jesus. It is really two testimonies.

His mother was on the verge of suicide when she found the God who loves her and would help her deal with a son whose sexuality would be a shame to the family. Her marriage was also saved. When the young man hit bottom, in prison and having aids, he begins reading the Bible. He feels a call to ministry, and upon release, earns a degree from Moody Bible College. This book is especially good for parents who must work through their feelings about their prodigal son or daughter. It is a little more explicit than the other biographies we reviewed.

2014      The Secret Thoughts of an Unlikely Convert: An English Professor’s Journey into Christian Faith. Pittsburg, PA: Crown and Covenant Publications.

This is the story of a professor’s “train wreck of a conversion” and her growth in the Lord. She had been an intolerant, liberal, lesbian activist. She is now a pastor’s wife. Her story is fascinating, but the book wanders in several directions. In addition to hearing her journey from radical leftist lesbian to very conservative Christian, we also hear her thoughts on homeschooling, adoption, why singing psalms is THE correct mode of church worship, etc. And, she evidences a preachy, judgmental streak. (In her second book, she admits to having a self-righteous bent.)  At the same time, she is so open and vulnerable that the reader cannot help but love her.

So, while I praise God for her and for her book, this is not the one I would choose for teaching Christian worldview on gay issues. It does give various insights into the gay community and helps readers see how Christians are viewed. But, it wanders through many other issues. However, a professor in a Christian college would want to know this example of how secular and Christian schools approach gay issues differently. Her story might make a good opening lecture.

This second Butterfield book mixes her experiences with theological discussions of homosexuality, sexual sin in general and sin in general (not to mention discussions on hospitality, church membership, and other subjects). Large potions read like a theology text. Like the first book, we see how well she exhibits courage and compassion at the same time.

This book may be the most complete volume for understanding what the bible really does teach about homosexuality. Any thorough research on the subject would include Gagnon’s 520-page book. This exhaustive reference is frequently quoted by traditional apologists and seems to be the “go to” resource for everyone. The book is not easy reading. It may be better as a resource for the professor than as a book to assign undergraduate students.

While conservative Christians would feel comfortable with any of the above books, the following take a liberal approach defending homosexual practices.  A graduate course might include reading something controversial. A possible assignment could be to have students use some of the above materials to respond to arguments in one of the following books:

How to Teach About Homosexuality

Here is how to start. Include Allberry’s book in a required class on social science, Christian worldview, theology, or a Bible class. The book is short and readable. Thus, all students would be introduced to the discussion. Offer an elective for students who want to study further.

An elective could include the books by DeYoung, Holben, Marin and May, Yarhouse, and Yuan. If the elective were taught by a professor with counseling expertise, this could be an opportunity for students struggling with unwelcome, same-sex attraction to find support. It could also become a starting point for some students to begin learning how to minister to gays. At the very least, churches would benefit by having students with a balanced view on Biblical teachings, personal struggles, and ministry pertaining to the homosexual community.

No one asks for same-sex attraction. Not all gays are anti-god activists. As Sam Marin found, a large number are hungry for help from Jesus Christ. But, instead of seeing churches as a place to get help, gays see churches as a place in which to hide, or even worse, to avoid.

Gays are in our churches. They are in our schools. Many want help. Does Jesus care for them?  We have the opportunity to equip Christians to rescue the hurting. Are we afraid to eat with sinners and tax collectors?

Five Recommendations for Improving Online Learning
From Danbury to D.C. – The Role of Government in Today’s Christian Colleges
Facing the Future of Theological Education
Five Ideas for How Professors Can Deal with CHAT GPT-3 … For Now