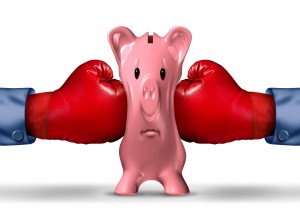 A recent article in Business Insider graphically shows how higher education has remained relatively affordable over the past few years, in marked contrast to what many in the media have led us to believe.[1.How much people pay for college hasn’t changed as much as you’d think in the last 25 years] Since our firm serves private institutions of various shapes and sizes (primarily Christian), the institutional perspective intrigued me. What might be gleaned from an understanding of these trends? And, is hyper-discounting tuition a wise strategy?

Affordability is a wonderful thing, and in an era of low inflation, keeping net prices in check is an important barometer. What happens, however, if an institution charges well below the mean? And, what about places where net tuition revenues are actually declining?

The simple answer is that one of the following four or a combination thereof are necessary if you are a decision-maker at an institution that charges materially less than the average:

For too many that lack any of these superlatives, various tuition discounting strategies are deployed in the quest to attract more students.  Let’s look at that more closely.

The Spiral of Hyper-Discounting Tuition

From my work with about thirty institutions, I have seen too often a knee-jerk reaction to softer demand; that is, tuition discount escalation or “hyper-discounting.”  This is defined as an incoming class receiving so much institutional financial aid (“discounts”) that their collective net tuition revenue is less than last year’s incoming class.

Economic theory tells us that cutting prices to increase revenues requires a high level of price elasticity and a large group of unserved people whose behaviors are influenced by small gradations in the price. Given that these characteristics are not descriptive of our markets, it should come as no surprise that for most institutions, a series of years with ever increasing tuition discounts has yielded prolonged declines in net tuition revenue.  This is because net tuition per student keeps falling while the incoming population falls as well.  Simply put, the hyper discounting strategy hasn’t worked in the post Great Recession era. Some question whether past claimed successes for hyper discounting were merely coincidental outcomes of increased demand.

A look at the math of declining prices is appropriate to this discussion. Consider the firm that sells 1,000 units each year of a product for $150 each, yielding $150,000 in revenue. If the price is reduced by 1/3rd to $100 per unit, volume has to increase from 1,000 units to 1,500 or by ½ just to get back to the same $150,000 of revenue. This is called the law of reduced denominators.  A reduction in price or volume of 1/x requires a complementary increase in volume or price respectively of 1/(x-1).  Unless demand is rising significantly, price cuts are hard-pressed to generate revenue increases.

In higher education, a reduction in prices of 1/10th or 10% thus requires an increase in population of 1/9th or 11.1%.  Rarely will such a reduction lead to that kind of an increase. As a result, many institutions face declining net tuition and reduced demand — a combination that can threaten their very existence. In essence, in the face of reduced demand, the institution raises its break-even point. It’s a no-win scenario.

What Are Successful Institutions Doing?

The good news is that I have worked with a handful who are bucking the dual trend of lower prices and populations. Successful institutions focus on their distinctive characteristics, versus trying to win the lowest net price competition. They may see a decline in students but no more so than those who have adopted a hyper-discount strategy. Here are a few of the characteristics I have observed:

This final characteristic is worth an expanded discussion. Simply, we don’t place a high value on the sales effort as an industry. Major gift officers are brought in at competitive rates of pay and are then expected to deliver gifts that are a multiple of their compensation each year. Not so the admission counselor, even though each one generates a whole lot more in net revenue — for four or more years per student recruited. Instead of hiring people with a profile more akin to the primary influencer (Mom) or who have disciplined sales experience, the most important cog in the recruitment process is relegated to recent grads who are both sweet and nice. We pay them almost nothing and send them all over creation each fall. They are not well-trained sales professionals and lack experience in the art of closing the family on the institution.

This is not to suggest that there are no superstars within the ranks of admission counselors, but would any business assign such a critical task to a band of intern-aged sales reps? Is it any surprise that many of these young people let the prospective student drive the conversation? Too often the discussion moves too quickly to price, with the counselor ill-equipped to move the conversation elsewhere. The argument about institutional distinctive is thus lost.  Acknowledging this, some are making the admission counselor role more of a career opportunity in terms of expected experience and compensation.

With most institutions encountering fewer prospects, closing more of those who darken the door is paramount.  After all, most believe that their institution is indeed the best choice for any inquiring student. The commitment to the sales effort should reflect such a belief.

The glory of the young is their strength; the gray hair of experience is the splendor of the old. (Proverbs 20:29 NLT)

So, yes, the cost of private higher education has not been escalating as much as we have been told. This is welcome news for families considering the next step for that promising young student. For those on the institution’s side of the relationship, this might not necessarily be a good thing, particularly if net tuition revenue is in full retreat. By focusing on the distinctive character of your institution and upping your game in very specific ways, it is possible to reverse the trend, while at the same time reining in costs as vigorously as possible, but in careful, strategic ways.

For many of us, we had better figure this out pretty soon or the very largesse the article trumpets will be our undoing.